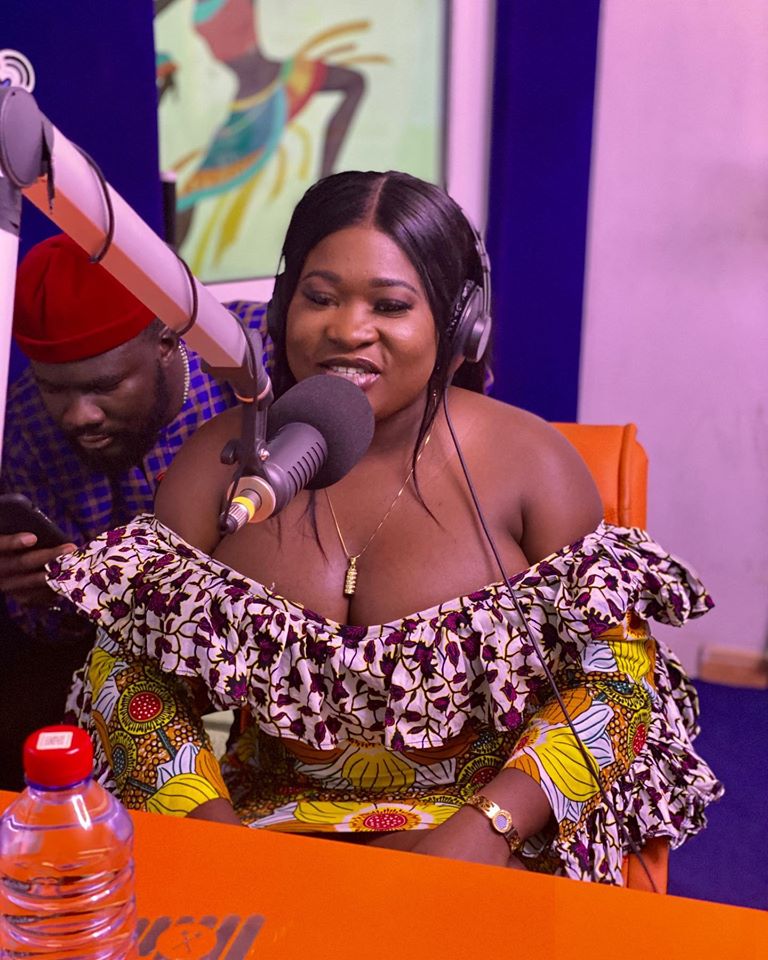 Francisca Gawugah known by the stage name Sista Afia, has announced his new single ‘Party’ which features sensational singer Fameye as she brags about taking a flight to Kumasi to eat waakye every weekend.

The Ghanaian singer and songwriter in an interview on Showbiz Agenda on Zylofon 102.1 FM with Sammy Flex, said that she wants music lovers to know how versatile she can be and her love for music. According to her, she has given music fans almost all the genres, from rap music to dancehall and it is time to serve them with a Borga highlife song.

Sister Afia revealed she had to put Fameye on this one because he is the first person to come to mind when writing this song. “Fameye is one of the most closest. I have about six artistes that are close to me but he is the closest. He is like a family. He is part of my brothers. So when I did this song, he was the first person I could think of. So I sent him the song and he didn’t waste time to put his verse on it” she said.

She smilingly added: “There will be more of rap music coming from me after this but for now let’s allow the ‘papano’ to trend small”.

The thick curvy artiste went on further to brag that she talked about eating waakye at night in the song because that’s her favorite food and that she takes flight to Kumasi to eat that every weekend with his boys.

“My favorite in the whole world is waakye. Let me tell you the truth, I take a flight to Kumasi to eat waakye on weekends and come back. It`s not like there is no waakye in Accra but there is a special waakye in Kumasi. When you take in alcohol and you eat waakye, it`s fine. After your waakye, you can go and sleep” she revealed.

Sista Afia also disclosed that she is currently single and has never cheated in a relationship before. “I have never cheated before and I sleep alone now because I am single. Why would I cheat? What am I doing with that? Before I wasn’t sleeping alone but now I do” she disclosed.

Her new song ‘Party’ was produced by Willis Beatz and has dropped visuals for the song on YouTube.