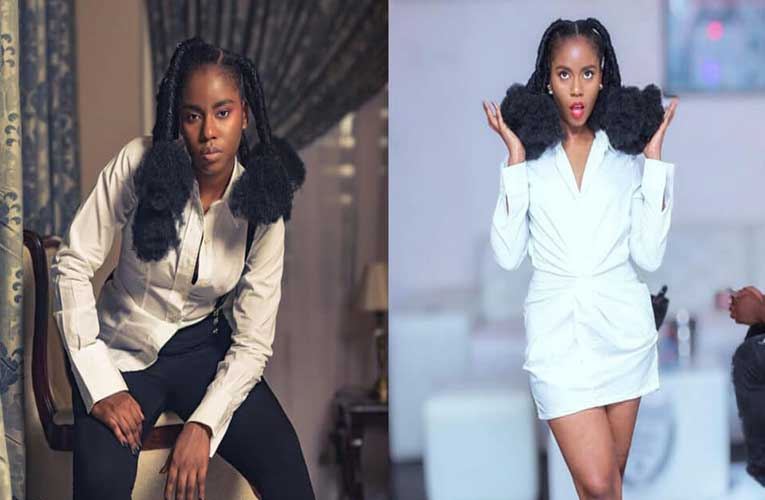 Popular Afropop, dancehall and R&B artiste MzVee has admitted there are a lot of sabotage in the music industry because of competition but said it cannot put fear in her.

According to the singer in an interview on Showbiz Agenda on Zylofon 102.1 FM with Sammy Flex, she is a strong girl whose appearance can be very deceptive.

“Even before I came up on my own, I’m pretty sure people tried to sabotage me. So yeah I know it will always be there because of competition in the industry. You may lie to yourself and say I am my only competition but truth of the matter is, there is a big competition going on. And it will continue to go on. Just that sabotaging doesn’t put fear in me. I am a hard girl. That’s the nice thing about it. Appearances can be very deceptive” she said smiling.

She further disclosed that her new management team is also very experienced on the field and doesn’t lack anything at all as far as music is concerned.

“I have a team. I mean Lynx was amazing. They have built their brand and all their connection for over ten years. So for me to come out of this on my own as a woman in this very difficult industry here in Ghana, and do this on my own, shoot four very amazing expensive videos with very good songs and keep going like this, I clap for myself. Sometimes when I wake up, I clap for myself” she said.

MzVee added: “I am also building my family if I should say. Yeah it took them over ten years to do all that. This is my first year and I’m already somewhere so i am proud of myself” she revealed.

When asked whether she is opened to other labels for signing, MzVee responded: “At first I will say no. But you know, I don’t want to because you never know what kind of deal it is. You don’t know what it will entail so…I don’t know. It depends. If it happens and it`s a really good deal why not? But I’m loving being on my own. It`s just amazing.

MzVee who currently funds herself has released a latest single titled “Baby”, produced by Kizzy Beat. Justin Campos also directed the visuals which was dropped on YouTube six days ago.