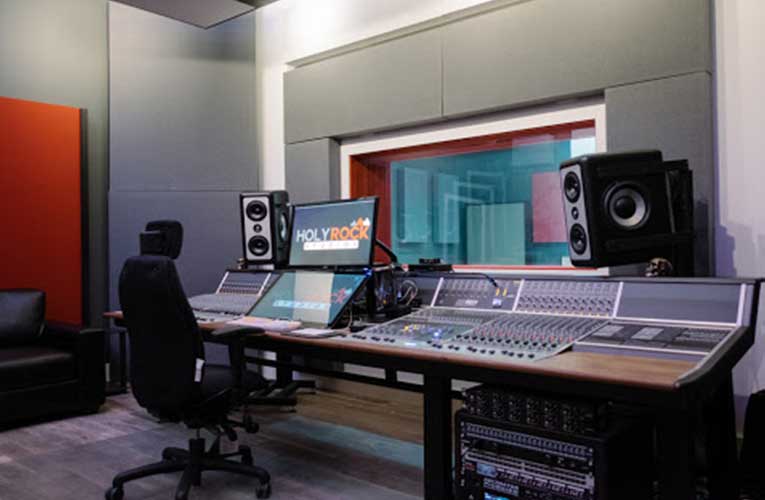 The New Patriotic Party (NPP) has announced that during its second term in office, it will build recording studios in Greater Accra, Ashanti and Western Regions.

These studios will be established in Kumasi, Accra, Tema and Takoradi.

The Vice President, Dr. Mahamadu Bawumia said this on August 22, 2020, during the launch of the NPP’s 2020 manifesto in the Central Region.

“We see the creative arts as a major growth pole, it has so much talent, the problem is access to studio. As a result, we will set up large recording studios in Accra, Tema, Takoradi and Kumasi, for recording artistes to rent,” he said.

This was earlier mentioned by the Acting Director of the National Folklore Board, Nana Adjoa Adobea Asante when she took her turn to speak at the launch.

She also noted that the Creative Arts Bill is at the final stage of being passed into law to serve as a legal framework for activities of creatives in Ghana.

Again, Nana Adjoa Adobea said the NPP has completed the building of a theatre in Koforidua in the Eastern Region and currently, work is ongoing on the Kumasi, Takoradi and Tamale theatres.

She assured that when given the second term, they will pursue the establishment of the other theatres.

“We will pursue the construction of modern large seating theatres in every regional capital except Accra, beginning with Takoradi, Tamale, and Kumasi, as well as setting up an additional Copyright Office in Tamale to cater for the northern sector in addition to the existing ones in Accra and Kumasi.”

She also said the government will invest in the digital marketing of artistes’ works.

Lastly, she assured that creatives will no longer have problems dealing with legal issues regarding their works because the Arts Right Court is going to be passed.

A few months ago, the Minister of Tourism, Arts and Culture, Barbara Oteng Gyasi, in a press statement announced that her ministry had engaged the Office of the Chief Justice to ensure the establishment of a specialised court to deal with issues of the industry.

It is expected that the court will expedite the resolution of specific issues that affect the creative industry.

Other promises made by the NPP in the 2016 NPP Manifesto about the Creative Arts industry is to create a login system for royalty collection and establish creative arts fund.

In the 2016 NPP manifesto, the party promised to build ultra-modern theatres in nine regions, apart from Accra.