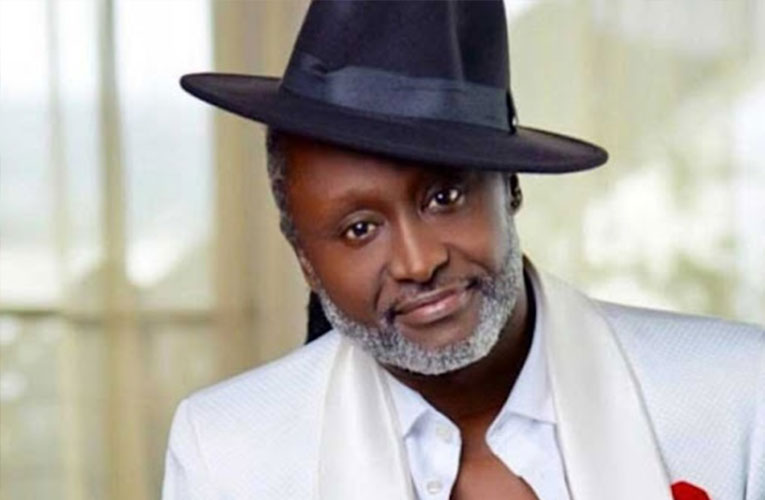 Hip life grandpapa Reggie Rockstone has revealed that the various arguments when it comes to hip life and how it was originated are pretty baseless. He adds that Uncle Gyedu-Blay Ambolley never named rap music hip life in Ghana and he sees that as gross disrespect.

According to Reggie who appeared on Citi TV’s Upside Down show on Sunday with his wife Zilla, he said he drew inspiration from highlife musician Gyedu-Blay Ambolley but the latter didn’t name rap music in Ghana. “People were rapping before my uncle Gyedu-Blay Ambolley. As far back, even James Brown was rapping. And rap has been there. But if you talk about the blue print of rap as far as “Kasahare” is concerned, then you can trace it right back to Africa. Because when a linguist speaks before the King, they talk to a rhythm. Every beautiful thing comes from Africa anyway. In fact far from that. He got a unique style and that’s his style and that was even years apart you know. But he is definitely one of the people I drew inspiration from no doubt. So hip life starts from Reggie Yaw Asante and till today I am not dead” he told Frema Adunyame and Ato Kwamina on the show.

He continued: “Hiplife today is good but you know time changes. You know if hiplife has never evolved, it will be stagnant and so it took a natural progression. However, I have qualms with Ghana not holding on to the brand. We could have done a lot more like hold the brand with pride. Because if you would remember, when we started hiplife, Afrobeats wasn’t popular as it is now and they drew a lot of inspirations from us and so it would have been nice to hold on to hiplife the same way we hold on to Kente, Fufu and whatever you know. And this is exactly what I’m trying to do with the food “Waakye”. We packaged hiplife and it went out there. We’ve done collaborations with Beenie Man, Wyclef, today Shatta Wale is with Beyonce, like everything started from hiplife. And so it`s the same way I’m trying to do with the food. If it must be done, it must be done well”.

Reggie further disclosed that his coming to Ghana to do hiplife was a sacrifice and only wanted to put Ghana on the forefront. “Fighting with me over hiplife title is gross disrespect. If I wasn’t alive, they would have run with that story. Those of you who sit on Twitter and troll others, remember it could also be you and it`s really sad. Because I didn’t just do hiplife but I stayed around to make it work and even today I am still at it. When I get on the mic, people applaud. So you know, it`s my gift but I’m selfless and I shared it with my country. The whole idea was to put Ghana in the forefront. I didn’t have to come home. I was doing pretty well over there. When I was young, I was running with all of these big names that you see but sacrifice. So twenty-five years, going thirty years or whatever years after the fact, someone comes out and says I didn’t bring hiplife and people just run with it. It`s so embarrassing. Even our brothers and sisters in Nigeria are like what are your people talking about? So people should just be careful. I am humble and I am very determined so I can stand up the fight but someone might not be able to stand it” he said.

He added: “But I know Ghanaians so it has never discouraged me from doing music. Mind you, this is the bad side of my people but we are a lovely people. I love Ghana. We are a lovely people just that sometimes some of these things are worrisome. The “PHD” (pull him down) is heavy”.

On how to get over such attitudes, Reggie said he thinks we can start by dealing with our sense of patriotism as a people. “I really don’t know where we learnt that from, whether it was from the British colonization or what? I don’t know but it`s really bad. People smile at your face and when you get up and leave the place they talk bad stuff about you. Whatever you do, people have something to say. I mean Shatta Wale has a song with one of the biggest artistes in the world and you could still see people write stuff. I see my man Sarkodie doing amazing things, okay I understand. Not everyone will like you. If you really want everyone to like you, sell ice-cream even with that they would say there is something wrong with it. We ought to check that. Today we are praising Kwame Nkrumah but I know people didn’t like him when he was alive. But today we are clapping for him. So maybe they are waiting for me to pass so they can give me my flowers. But I’m blessed. I am determined. Then of course, it raises the question of patriotism. It is very important. When you look at the Nigerians, Oh my God, very patriotic. I say this all the time, what is their slogan? “Niger nor dey carry last”. They are determined. Ghana we do have an issue and it is worse than we think. It is not just with music. It affects everything that we do” he said.

However, he revealed running a record label is a different game and has to be studied. “I do have a label but here is another thing. People always assume that because you make music, you automatically can run a record label. That’s not true. I don’t even qualify yet. I’m still learning. And then to take charge of somebody’s career, their whole world is in your hands. If you noticed, a lot of musicians fall out with the artistry as they start to grow so I took my time to study. Where I have gotten to, at my age and I’m more relaxed now, I think it`s probably the right time to start and I do have a lot of kids that I mentor. Most of your stars I mentored them at some time in their lives. I am more behind the scenes. I advice and give them lots of encouragement” he added.