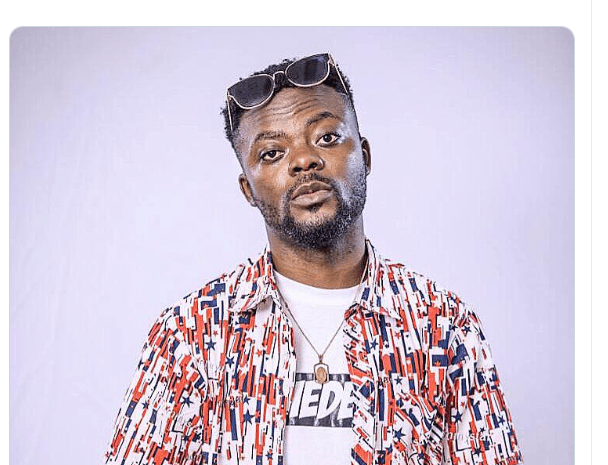 Popular Ghanaian rapper Cabum, born Frank Kwame Gyasi-Frimpong has said he is not doing ‘beef’ because GH rappers are scared to clash him in beefs.

“Do you think an artiste will beef me? I don’t know but I doubt. Maybe they’re scared or something. But unfortunately this is how the industry is, you have to beef to get the attention, beef to prove your point. But it shouldn’t be so, because if the talent is dope, you don’t have to wait or engage in beef before you blow. But here in our industry, you have to beef. As a rapper, you have to be confident in yourself. This is not bragging but I know where I am coming from as a rapper and what I have been listening to” he told Sammy Flex on Showbiz Daily on Monday night.

Coming from Kumasi, Cabuum said he has endorsed the ‘Kumerica’ trend on social media now because it`s fun and it`s been there for a longer time.
“This is a movement and it`s fun. Let me tell you this, I have been saying this for a long time but people think it was a joke. I have been saying that Asantes have something in common with Americans. People laugh but this is a fact. The whites attach themselves to everything they do or say, like “the great white shark”. Everything they add Asante to it. Asantes do same. Asante banana, Asante rice, if they get they will say Asante human being. I laugh at how they are going about things with this Kumerica thing and it`s very interesting. This has been there for a very long time and I am fully part of the movement” he said.

When asked if featuring top brands in the industry added any numbers or made any impact on one`s career, Cabuum admitted it has but it also depends on the effort you put in pushing the song. He said after putting out the song, he has not had any opportunity to perform with these top artistes but that is because he has not been invited and was also busy. Cabum has a song called Zakari with Stonebwoy & Sarkodie on it and it`s really doing well on YouTube.

According to him, his movie project is on hold for now because of the team he was working with, but he is currently working on a similar project on his own and it will be out soon.