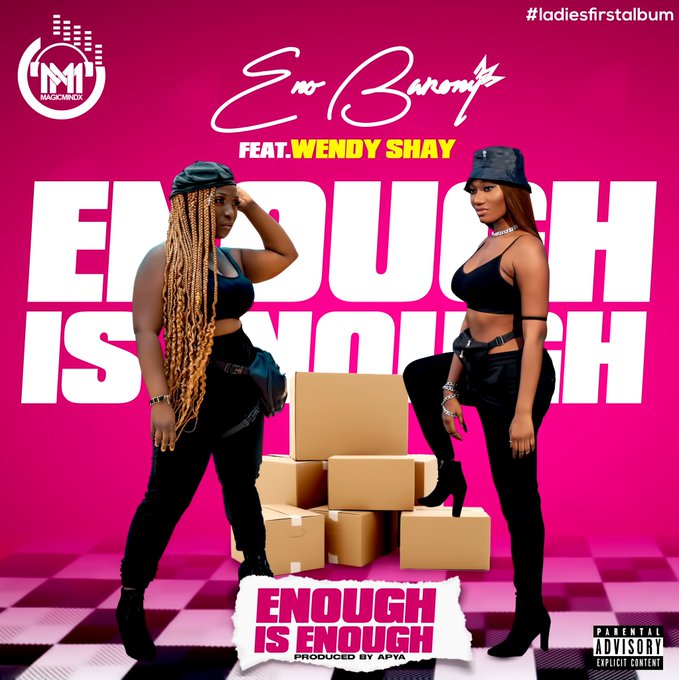 Ghanaian best female rapper Eno Barony has said in a post that Queens do not fight nor come at each other, but rather they collaborate to do things in unity.

Eno published an art cover of her upcoming single “Enough is Enough” on her Twitter page in which she was standing face to face with Wendy Shay. Meaning she featured Wendy on her new single.

Wendy celebrated her two years anniversary in the music industry this year. But she has never looked down on herself as a newcomer but rather tagged her self as the queen of Ghana music whiles Eno Barony is also tagged as Queen of Kings in the rap fraternity.

On Zylofon FM’s Showbiz Agenda, she revealed that her next album will be dedicated to her female colleagues only and that no male artiste will be featured on the album. She just started her album with Wendy Shay as they bring forth “Enough is Enough” as the first single of the album.

“Queens dont compete we collaborate. #EnoughIsEnough
When do you want me to drop this joint ft. @wendyshaygh
1st song off #LadiesFirstAlbum,” she shared on Twitter.