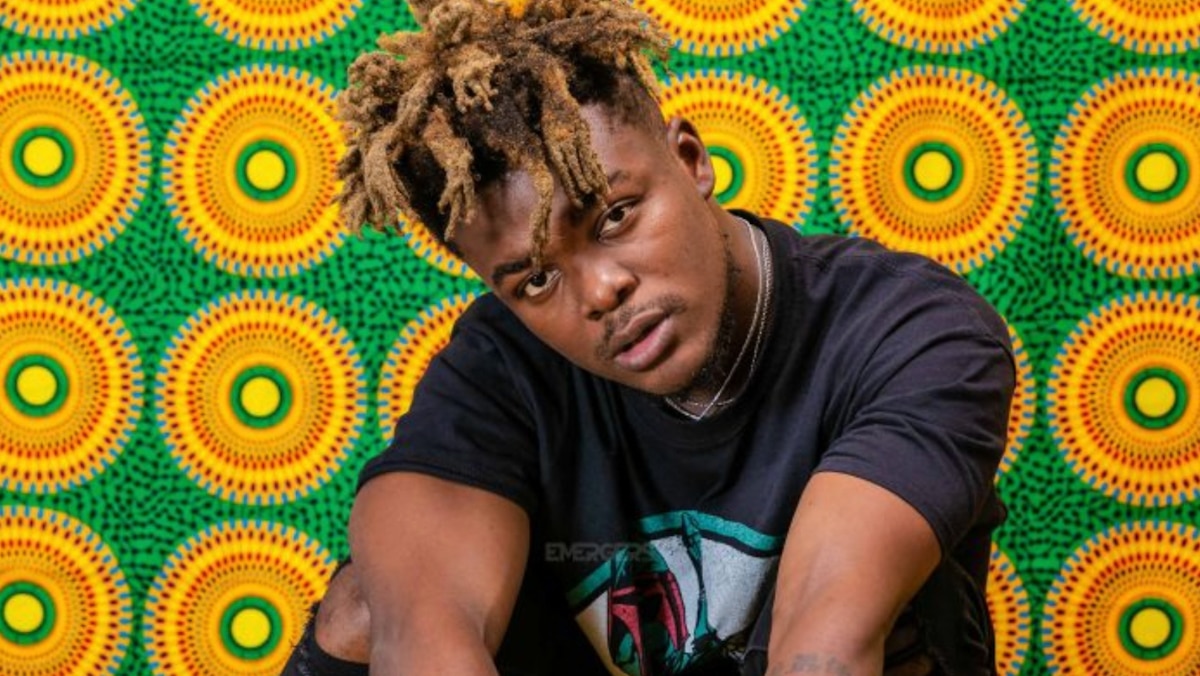 GroundUp Chale artiste Quamina MP has revealed he was a little nervous when he entered the Tim Westwood TV Studios to do his freestyle but had to kill it because as a music soldier, he is always ready for the mic.

The party artiste told Sammy Flex this on Showbiz Agenda on Zylofon 102.1 FM: “Truth be told, I was a little nervous when I entered the studio. This is a platform I saw Sarkodie on when I was in SHS. Drake and top artistes have been on the platform. So I was nervous. I wanted the whole video to come out before I pass a comment. It was a serious experience and the trend was massive but at the end of the day, when the full video came out I was excited. It wouldn’t have been bad if the full video hadn’t come. Before my London trip, I was hoping to be on the Tim Westwood platform. So though I wasn’t really prepared, I had to kill it when the opportunity came. But I was vindicated when the full video dropped”.

He also touched on his relationship with Ground Up Chale and disclosed they are very cool and still releases his videos on their Youtube channel. “Ground Up Chale is not like a record label but we are a family and we still do things. I don’t even touch my revenue there. I just want the revenue to grow big so I get the cash later. We have an understanding. I have access to my accounts and know everything. If I want to take my money, I can go there and get it still” he said.

When asked which category he should be put as an artiste, he described himself as a musician and said he should be put in all categories because he doesn’t want to box himself. “I wish the industry players put me in every category. I really don’t like to box myself. I have a gospel song and love to do everything music. Once it sounds good to me, I am good to go. I use to be a rapper sometime ago but I happen to love everything about music now. So when it comes to hiplife, Afrobeats, hippop, I am in there” he explained.

He further revealed aside COVID affecting his business, it has also taught him lots of lessons as an artiste. “COVID-19 taught us how to spend money. Before the lock down, you wake up and go buy food but when the lock down happened, I had to buy food stuffs and cook at home which really helped me to manage my money. I am a fun person. I love to go out and party but COVID kept me at home and I saved money out of that. So aside the negative effect it brought to me, these are the positives as well” he disclosed.

Quamina MP has dropped his new single titled “Change Your Style”. The visuals was directed by Yaw Skyface.