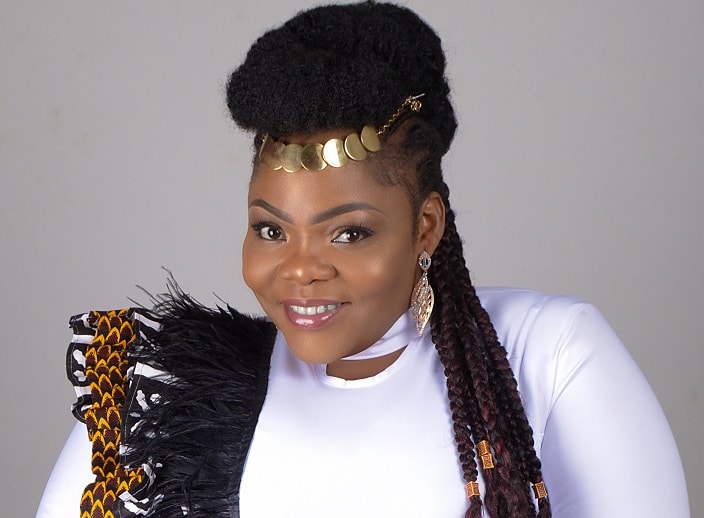 Spirit filled Ghanaian gospel singer Celestine Donkor who won two awards in the just ended VGMAs has made a serious statement against Ghanaian secular artistes as she commends Eno Barony for her performance.

Celestine Donkor in an interview with MzGee on TV3’s Simply Showbiz was asked why she gave thumbs up to Eno Barony after her performance on the night at the VGMAs? In answering she said “that was my first time experiencing her perform and it caught my attention”. She further added that all the secular artistes sound the same when performing on stage in terms of their chants, shouting and stage demeanor.

“Ghanaians always refer to Gospel musicians as one way singers but truth be told, secular artistes sound the same when watching their shows” Celestine stated.

Again, the Agbeboloo singer said Eno Barony on that night was dope looking at her rap lines and lyrical content which were very rich and natural as well. “I’ve never seen any dope female rapper like Eno Barony in Ghana before. In fact, she is a big deal” she concluded.