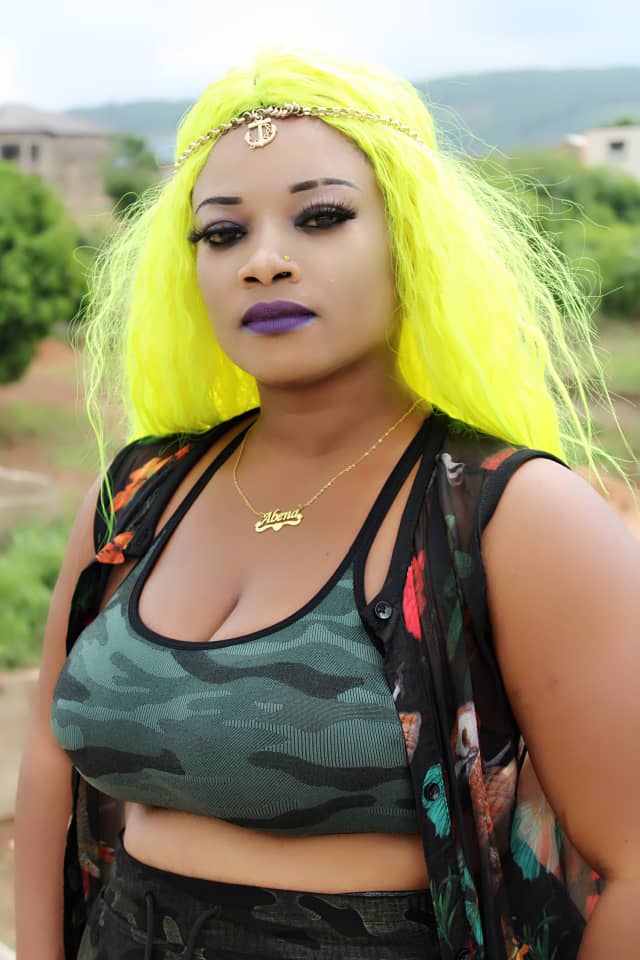 After the successful interview on Sammy Flex TV with Sammy Flex where Afro Beats artiste Nyevile made some revelations about her lifestyle and where she came from as an artiste, some questions are lingering in the minds of viewers begging to be asked.

One of such questions is whether many would like to work with her knowing her issues that looks more spiritual than physical. During the interview, Nyevile was not too sure about how it started but she narrated how her mum suffered hard before giving birth to her after consultations in the under water world. As it was revealed, she has not seen herself turning into a fish yet but she has been told and she makes sure no one throws light on her at night especially in her deep sleep.

After releasing her song called “Oye Normal” which came with a video and enjoying some airplaya at the moment, Nyevile as an independent artiste talked about how some key industry persons have duped here in her promotional discussions and how she has now found reliable people to work with.

“The industry is a hard one and i have learnt my lessons the hard way. So many industry people have deceived me after taking my money to support my promotion but it did not happen. And i see this is why some women give their bodies to men in the name of promotion. If i will give you my body to get what i want then, what will stop me from doing it. I have a way i will handle people who will take my money and not do the work they took the money for” she asked.

The full interview on Sammy Flex TV is in the link below for your viewing pleasure and remember to subscribe for more after watching.