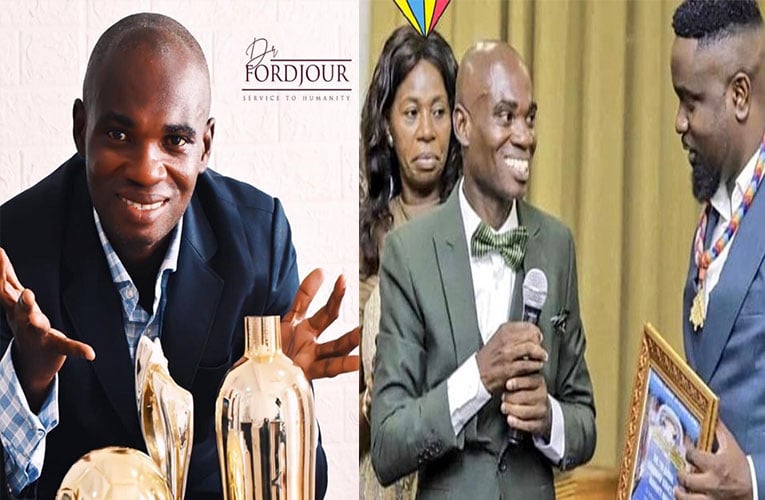 DR. Kwame Forjour popularly known as Dr. UN in a radio interview on Okay FM 101.7 with Abeiku Santana has strongly defended the awards ceremony his organization did to reward high profile personalities in Ghana.

Many Ghanaians have raised some issues about the credibility of the awards. Sarkodie, who is a beneficiary of the award scheme also released a song, and in the song “GIMME WAY” he said the award he received from Dr. UN is fake.

Dr. UN is not happy with Sarkodie for saying the awards scheme is fake in his song “GIMME WAY” thus he has responded in this interview by saying he is disappointed in Sarkodie for not been bold to defend the award. Listen to the interview here to catch up with all angels to this story.