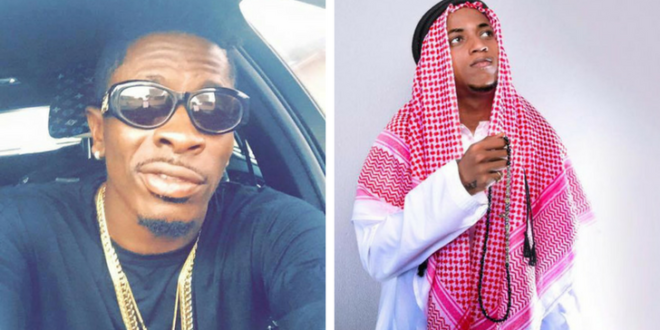 Ghanaian rapper and singer Arab B who is now back to the SM Empire has stated how regretful he is for recording a diss song to his label boss Shatta Wale.

Arab B on Showbiz Agenda on Zylofon FM with Sammy Flex said, he has regretted doing a diss song for Shatta Wale as at the time they were having issues, not knowing he will return to the King again.

According to him, the “Obishi” song he did for his current boss was written by a producer called Bingi Blaze and that he didn’t understand the song then. He say`s it was written in a different local dialect he does not understand thus “Ga”, but he’s regretted singing that song because he now understands the language.

Sammy Flex asked? Is it because you are back to the SM camp that’s why you think you have regretted? “I regret small and even the song I’ve stopped playing it long time but once in a while, you guys can play it,” he answered.