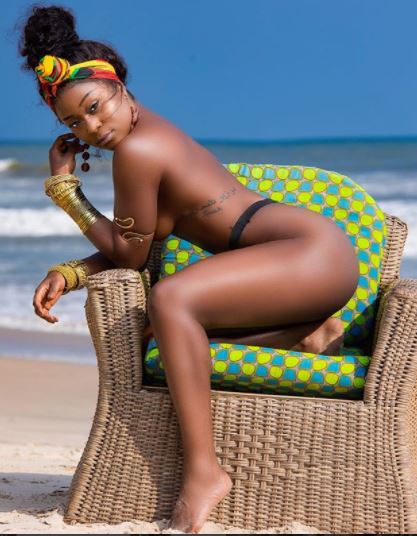 Ghanaian actress and model Andrea Owusu who goes with the showbiz name Efia Odo has really been bashed by tweeps as they compare her to a monkey for dancing on a tree.

Beyonce featured Shatta Wale on a song called “Already” and later dropped a video of it in July this year. There was a scene where Beyonce was dancing on a tree in the video and thats what Efia Odo was mimicking in her video using same song.

Tweeps seeing her video did not spare her at all as they have bashed her seriously on Twitter calling her all sorts of names. Others referred to her as a monkey as others too called her a comedian.

U have to move between branches like a monkey.

Monkey…..u figa Beyoncé be joke
eeei . hope that if mom say climb the tree and remove her slippers for her you go do too

This one be Monkey already

This is the worst thing I have seen on the internet .. am logging out