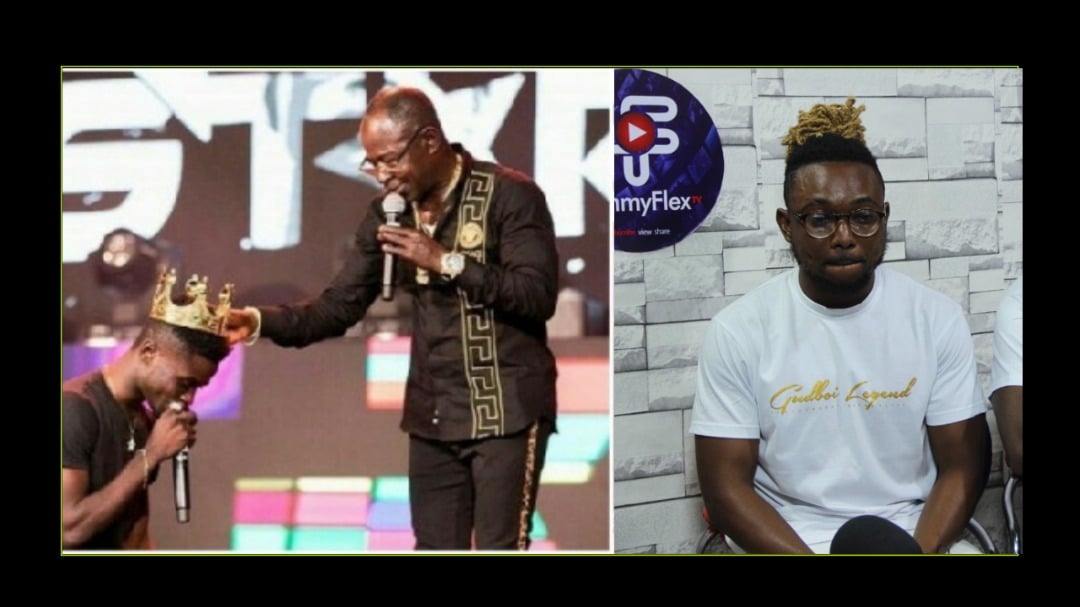 Ghanaian musician Gudboi Legend has said that Kuami Eugene is not a highlife king as some industry players rate him to be. He said his style is more of hiplife and not highlife.

“Opinions are like noses, each and everyone has one. Kuami Eugene is a very great talent but I don’t believe he is the king of highlife music. I don’t see him like that because, highlife music comes with some particular instrumentations. You need to feel horns, guitars, conga and other things in the songs. And there is also a tempo for highlife because we have borga highlife and the normal indigenous highlife but I think they do more of hiplife music. The Kuami Eugene trend is more of hiplife and not highlife. I did a research on contemporary highlife and nothing like that exist. What exactly is the meaning of contemporary highlife? As to why he has been crowned highlife king? It is just an opinion. That is why there is referendum and democracy. It is just views of some people. He is not a highlife king to me but a good talent” he explained.

Speaking to Sammy Flex on Showbiz Daily, he talked about his uniqueness as an artiste and why he doesn’t want to sound like some artistes. “We all have purposes for the things we do in life. I don’t want to be same as everyone. I want to be unique everywhere I go. The only thing that scares me in the industry is for me to die. People’s working attitude or business attitude can get you depressed and you might die as a result of that. Peace and a comfortable working environment is the first thing for me as an artiste. My problem is for me to die before I start cashing in on my works” he said.

According to Gudboi Legend, no highlife artiste in the country has inspired his works. He said he is a fan of legendary Kojo Antwi but has never been able to emulate him in any his works. “I have tried to learn from people but I have never succeeded. I have never wanted to be like someone. It irritates me when people tell me I sound like some artistes. Because I always want to stand out different. We are all unique in God’s creation and I want to remain like that” he noted.

He added: “What I need to blow as an artiste hasn’t arrived yet. I really need a lot of things. First of all, I need the favor of God and long life. I call myself Legend because I wish to do something that no artiste in the country has done before. Aside that, I also need someone that will lead and understand me as an artiste that can support me financially. Thirdly, I need a fanbase that will forever be loyal to me just like Shatta Wale’s fanbase”. The youngest legend alive (Gudboi legend) released his first video “Kakape” produced by Odikrobaakope and mixed by Mr Brain. The music video was also directed by Lord Listowell.

Watch the full interview here in the link below.