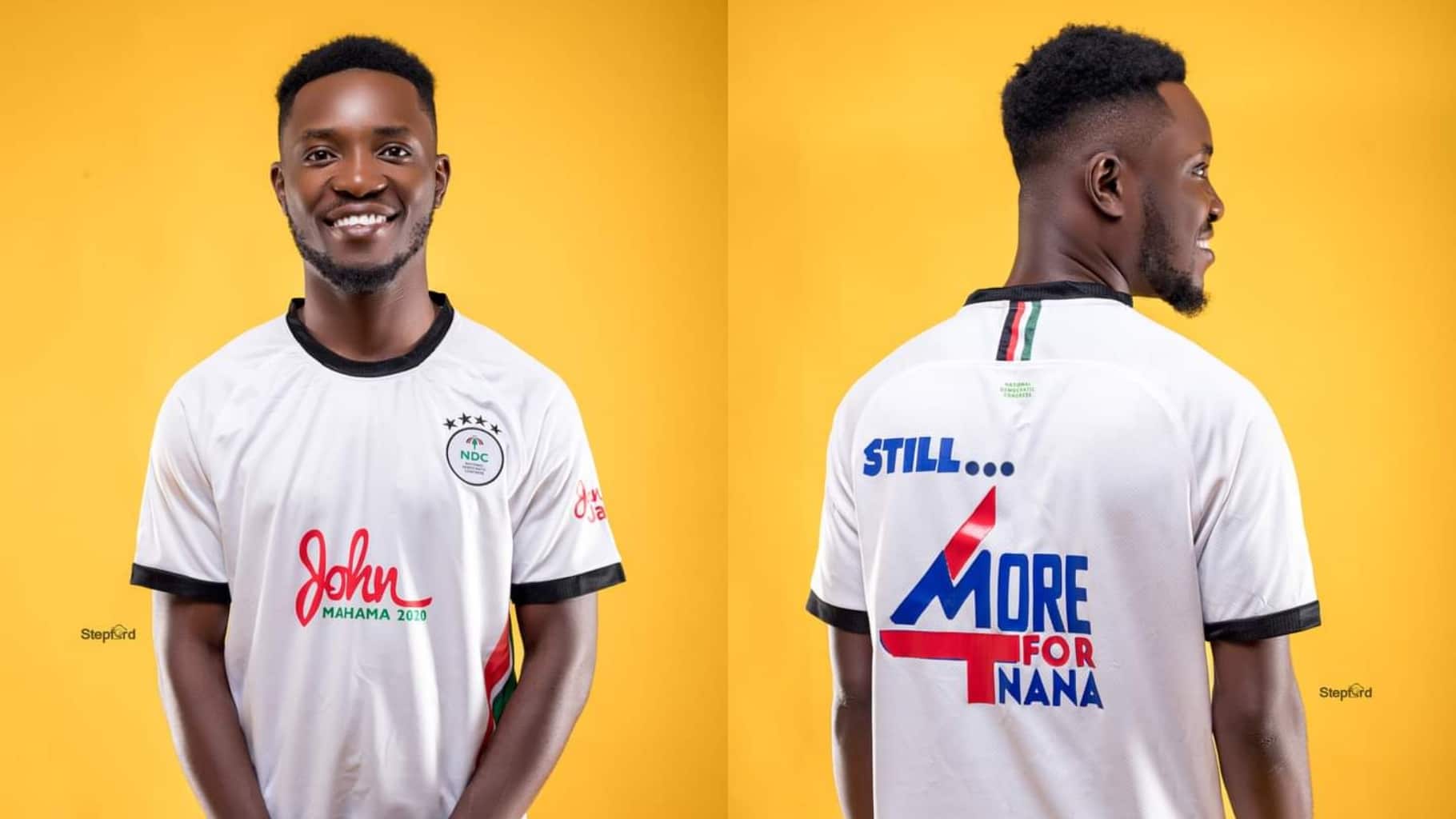 Ghanaian comic singer/rapper and actor who doubles as a pupils teacher, Teacher Kwadjo has revealed why he wore both NPP and NDC’s party shirt.

In an interview with Sammy Flex on Zylofon FM’s Showbiz Agenda, he said as a public figure who has a lot of following and has influence on his fans, he decided to wear both parties shirts to portray peace in Ghana.

According to him, unfortunately Ghanaians didn’t get the understanding of what he was doing so they came at him under his post on social media and insulted him because he wore both NPP and NDC’s party shirt.

Teacher Kwadjo further revealed that, he just wanted to catch the attention of Ghanaians, that’s why when he posted the picture of him wearing the party shirt he failed to caption it and for that matter, he finally achieved what he wanted to achieve.

“For me, being a public figure, I decided to devote myself to preach peace to the people (Ghanaians) and that’s why I wore both NPP and NDC’s party shirts. People didn’t get the understanding form beginning so I had over 4000 comments under my post which are all insults,” he stated.