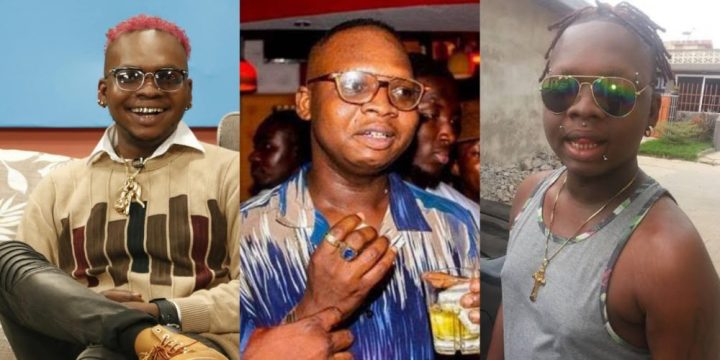 Controversial Ghanaian actor Nana Tornado has exposed his once upon a time best friend Afia Schwarzenegger alleging that she is a lesbien and sleeps with chop bar waitresses and some small girls at Dome Pillar 2, a suburb of Accra.

“Afia Schwarzenegger sleeps with girls in her car. If they put camera on me I can go and show Ghanaians all the girls she sleeps with at Dome Pillar 2. I said she has slept with lots of chop bar girls. I have watched her so many times because she is gone, she is drunk and fuck the girls in her car. I have covered up for her so many times, protected her enough but she never protected me. Rather she goes around telling people I am gay. Me if you type my name on google what follows is Sodom and Gomorrah. It is my title. You can`t do anything about it. I am not an outcast in my family” he disclosed.

According to him, Afia is the reason there is pressure on the youth today because of her fake life on social media. He alleged Afia doesn’t even take care of her father who is 82 years renting at Atonsu, a suburb of Kumasi in the Ashanti region. He added that Afia’s father who is supposed to retire at the age of sixty is still working in Kumasi and sometimes depends on a friend who owns a drug store to survive. He queried why Afia is not being able to take care of her father if she claims she has money?