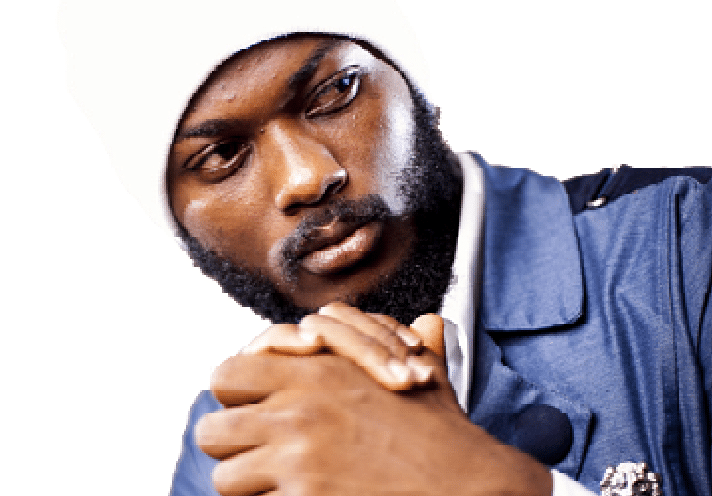 Gideon Force reggae/dancehall act Iwan has lamented over how Stonebwoy, Mugeez and Sonni Balli refused to feature on his latest released album which has twenty-seven tracks on it.

Speaking to Sammy Flex on Showbiz Daily on Thursday night, Iwan Suhyini said he was very disappointed because he thought Stonebwoy especially had a very good relationship with him.

“Talking about features, I planned before the release of the album to feature some major artistes on it and then later they couldn’t appear on it because they refused. I don’t know why somebody like Mugeez or Stonebwoy or Sonni Balli will refuse a feature from Iwan or Iwan requesting a feature from them and not granting it. I don’t know why. Because Stonebwoy and Sonni Balli for once, I have even done a song with them. That’s way back like six years ago, “RISE” which was Stonebwoy’s song. We all did it but he later came out with the tag Stonebwoy featuring Iwan. For me it was nothing to me but when I needed him now and we agreed, spoke for like a month even before the album launch, he had the song with my verse and everything on it. I have a whatsapp chat records that tells you that within every two days we always chat. I asked him and he gives me excuses till it got to the eleventh hour and then I was like you know, you are the only person left to complete my album and bwoy was like still he’s going to do it” he revealed.

“So I was like tomorrow next is my album launch and it doesn’t even make sense that I have not had my album completed. And all was because of him and Sonni Balli too. I had one song that I wanted to put him on. He was even more excited but it was the same procedure. Later they had the song and everything but it was the same actions in the end. So I decided to put an artiste on the one I planned to do with Stonebwoy and do one more verse with the one with Sonni Balli” he explained.

Iwan added: “Mugeez also didn’t do his part. Actually, he was supposed to be on the same track with Sonni Balli because it`s a long song. So they didn’t do it. But before that, I had gone on so many platforms to say that I have a song with Stonebwoy on my album. I was advertising it because of the hope, initial agreement and assurance we had so there was a lot of interviews that I mentioned that Bwoy will be on it. So the anticipation was big but then he didn’t do it and till now he didn’t tell me anything. Till date I can’t even tell what really caused him not to do it” he painfully revealed.

According to the Gideon Force reggae/dancehall artiste, it would have been better if Stonebwoy came out to tell him he needed money before he will work with me. He said artistes always have a nice way of putting it but Bwoy didn’t tell him that. He said Stonebwoy just didn’t do it. Iwan further said he at least expected Stonebwoy to have sent him a text to say perhaps he couldn’t make time for this album and that maybe they can do something together on his next project just to keep him calm but he didn’t do that as well.

“You see, age wise I am older than Stonebwoy. When we come to the industry too, I was in the spot before you blow up so you shouldn’t treat me like that. So when I went to 3FM I was explaining to the fans why Stonebwoy wasn’t on the album after I had earlier announced it. I think the interview didn’t go down well with his fans so they started attacking but that’s okay. I wanted the feature just to create a difference. Usually, A – list artistes don’t feature each other in Ghana and I wanted to change that” he said.

Watch the full interview in the link below and subscribe to the channel for more.