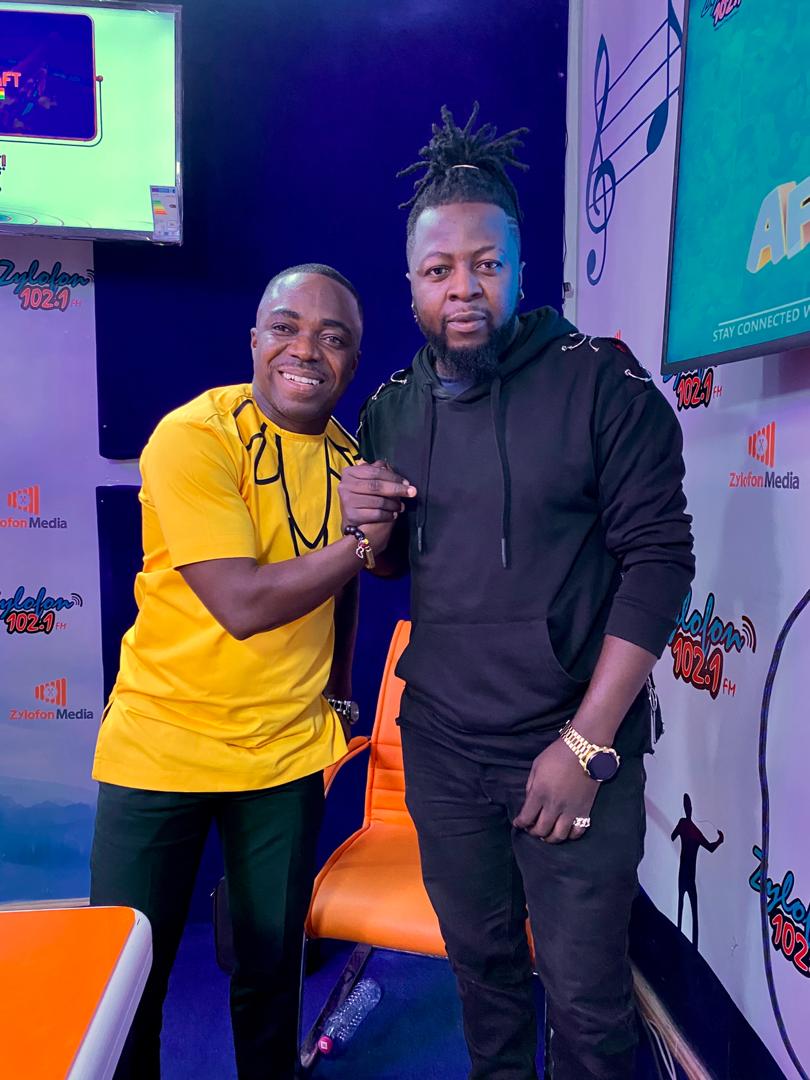 Rapper Maradona Yeboah Adjei, known by his stage name Guru has disclosed he is being sabotaged in the industry by managers of Lynx Entertainment who had their representatives on the Vodafone Ghana Music Award board sometime ago.

“The same record label that has an affiliation with organizers of our awards are the same people my lines in “Kasiebo” targeted. Who composed “Killing The Game”? Richie and Okyeame Kwame right? And who did I mention on the VGMA board? So what am I saying? That aside, recently my fans demanded that I do collaboration with some main stream artistes so I started making calls and Kelvin Boy showed up, gave me some good vibes. Fameye also did something with me. Did some with Jupitar too. Now I entered this same house I’m talking about and talked to their main two artistes. They asked me to send the songs and six months later I didn’t hear from them. I called back after a year and they gave me so many excuses.

Meanwhile, they were working with other artistes. Even after playing free shows for some of them. I later approached managers of these artistes and they were like oh this boy, forget him. Today he needs our support. We get him. Our time is here and we won’t do any feature” he disclosed to Sammy Flex in an interview on Showbiz Agenda on Zylofon 102.1 FM.

According to him, we can’t grow as an industry when players involve young artistes they manage in their personal issues with people. He said this is because these young ones will need everyone to grow and will be representing Ghana and not just your label.

“I am not just assuming things. In the ten years of my career, I have never come out to lament like this before. We just hate the truth in this industry. How can an organisation that awards the credible and hardworking musicians in the industry have an affiliation with a record label with artistes that are competing with some other artistes on a different record label that are not affiliated to the organizers of the award? What do you think will happen?

He gave an analogy: “Let`s say two labels have their artistes nominated for some awards and the board that decides who wins the awards have some affiliation with one of these labels who are all into artistes management, who do you think have the upper hand in taking home the award? See, I won’t mention any company’s name but there are awards schemes in this country that have had even the CEO as board member for ten years of my career. There are three or four people from one record label who are also on the same board. I don’t have anybody to represent me on the board, who do you think has the upper hand in winning awards in the country? And the funny thing is, I have had a call from some big man who was once on the board telling me if you oppose them, you can never be part of the awards. This came from a credible man to me. This man was kicked out because he disagreed with the board on some issues. So I was like are these the people deciding who wins what in our awards? This is not funny. These are the same people that BET Award and other international award schemes consult to nominate Ghanaian artistes and what do you think will be happening? The people working are not getting the right recognition. You are not awarding and giving them the credible space to shine. And you make it look like their works are in vain” Guru added.

He revealed something happened during the time he had his “Lapaz Toyota” hit. He said he didn’t even get nomination at the VGMAs. He noted that the sad thing was when organizers told me my song doesn’t fall within the year under review because they changed their calendar.

“So I asked, who did you inform when you changed the calendar? The fans would have even supported you if you informed players about this change but organizers just changed it among themselves only to break the news to me when I questioned why I wasn’t nominated. Are you being fair to us? This has not happened once and I wasn’t even the one complaining but the fans. The following year I gave them back to back hits again. In 2014, I gave Ghanaians ten hit songs in the year and that year VGMAs gave my song “Boys Abr3” Hiplife song of the year. After receiving the award, a prominent man who is part of organizers told me I have finally received some and wouldn’t bother them again and I was so sad. So was this to compensate me?

Guru has released a new jam titled “No Noise” two days ago and already has 5K views on Youtube.