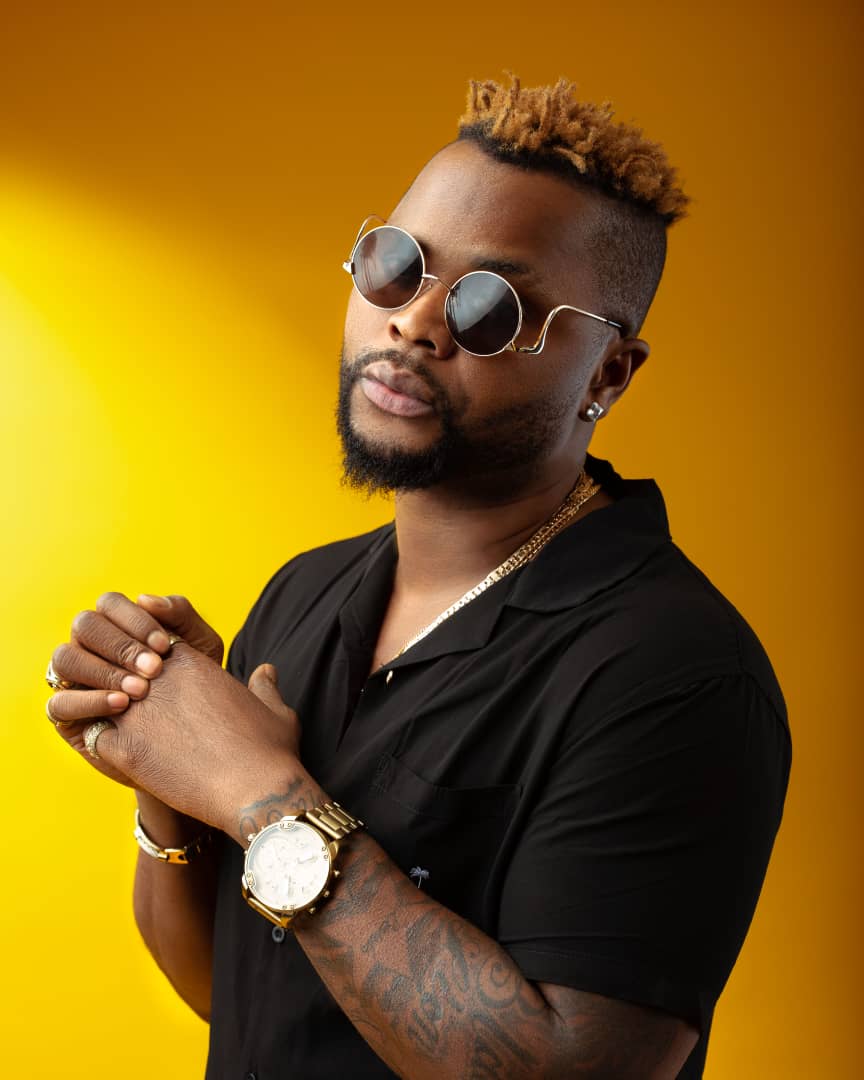 Terror-D , born Daniel Kamara is a young Australian(Sydney) based Sierra Leonean Afrobeatz musician who hails from the Northern province of Sierra Leone, in Tonkolili district .He was born on 6th of October 1983 to his parents Mr. Joseph Kamara(Father) and Mrs. Fatmata Sesay(Mother) who loved him very much.

His father, hailing from Freetown in Sierra Leonne was energetic in terms of pushing for the establishment of Corporate music business structures and professional entrepreneurial management. His vast background knowledge in music business entrepreneurship provided a strong basis on which his entrepreneurial dream for Sierra Leone’s music industry was birthed. Unknown to him by that time, this solid dream would later be brought to fruition through his own blood.

The young, enthusiastic Kamara would later start out on his educational journey, which hinged his overall music career. His curiosity and natural propensity for trying out new ideas would later be the hallmark of his career. He successfully completed his primary education in Tonkolili district, the same place his life story began. He then came to Freetown, where he embarked on his secondary education at the Methodist Boys’ High School, from where he first acquired the name Terror D. He then proceeded to Highschool and was seemingly edging closer and closer to his musical dream.

Passion for music sprouted at a tender age of 10 when he developed an unquenchable thirst for learning musical instruments. While his peers at that time had not yet carved out the paths they wanted to follow in terms of career, Terror D. was already playing the piano almost perfectly.

Terror-D has unique musical style derived from his desire to sing and compose lyrics with everything happening around him. His soulful side, which he adopted from regularly playing the piano almost perfectly, makes his sound very melodic. Terror-D however hopes to develop his music career around these various genres; Afrobeatz .He plans to study and create his own unique sound out of what he has learned from these amazing music genres.

Terror-D who is very much inspired by legendary artists such as 2pac, biggie small, ice cube, Nas, DMX looks to soar higher in his music career just like his predecessors.
Upon completion, Terror D. worked on a couple of songs, but his song titled Baby Girl was his most celebrated hit song at that time, before relocating to Australia for 8 years.

He relocated upon an invitation from his uncle, who wanted him to play the piano for a local church and thus propel his music career. This visit, though frugal at first, was the turning point for the young man. Determined and full of zeal, he set out on doing small jobs, in a bid to build a name for himself. He ate the humble pie and sought to do small jobs, working as a security guard, and at one time, at a restaurant.

Amidst all these, Kamara persistently practiced, worked on his vocal cords and would soon careen his way up the musical ladder. The self-driven musician spent unrelenting hours practicing, recording and performing diversified genres of music,the subtle art he loved the most. His zest finally paid off and he eventually orchestrated his first musical band, Terror Unit, which was later renamed to Mic City Movement. We can’t discount the fact that this band, Mic City Movement, was like the perfect piece in Terror D’s musical chessboard.

Upon his return to Sierra Leonne in 2009, Terror D. encountered multiple talents which were yet to be nurtured. He took the initiative of shining a ray of hope to these promising futures; futures that were at the blink of dimming. He, therefore, opted to return to Australia and come up with a professional label, Mic City Music, which replaced Mic City Movement.

Alvin Solomon Thomas was appointed the manager of Mic City Music in 2016. Under his reign, Mic City Music signed new talent like Original Madson, who today, is touted as one of Sierra Leone’s finest hip-hop rappers. Choc, Janny and SMS were among the new blood that got injected in Sierra Leonne’s music scene, around that time.

Terror D’s ambitions for a full-blown musical career outdistanced his miniature achievements at that time. In 2017, he came down from Australia to collaborate with some of Africa’s biggest names in music like Bracket. song titled Nar You https://music.apple.com/us/album/na-you-feat-bracket-single/1318114106 achieved amazing feats and was prolific in Nigerian and Sierra Leonne’s TV stations within 2 years.

This was Terror D’s major break. The release of the highly rated, quality videos was a catalyst to his music profile, and multiple major successes trailed within two years, the apt Afro-pop artist and music producer boasted of several hit albums, and his music was no longer alien on our lips.

One hallmark of Terror D’s thriving career was a collaboration with The Outlawz (Formally The Outlaws Immortalz), an American hip hop group founded by rapper Tupac Shakur, in late 1995. His music profile by this time was explosive and he gained tones of social media followers on Facebook, Twitter, and Instagram.

The rebirth of his name was pivotal in heightening his career: King Terror D.His fanatic
Terror D however has released “LEKKE DAT” and “All Access (feat. Emmerson)” earlier this year(2020),song and video trending on every online/radio platform.