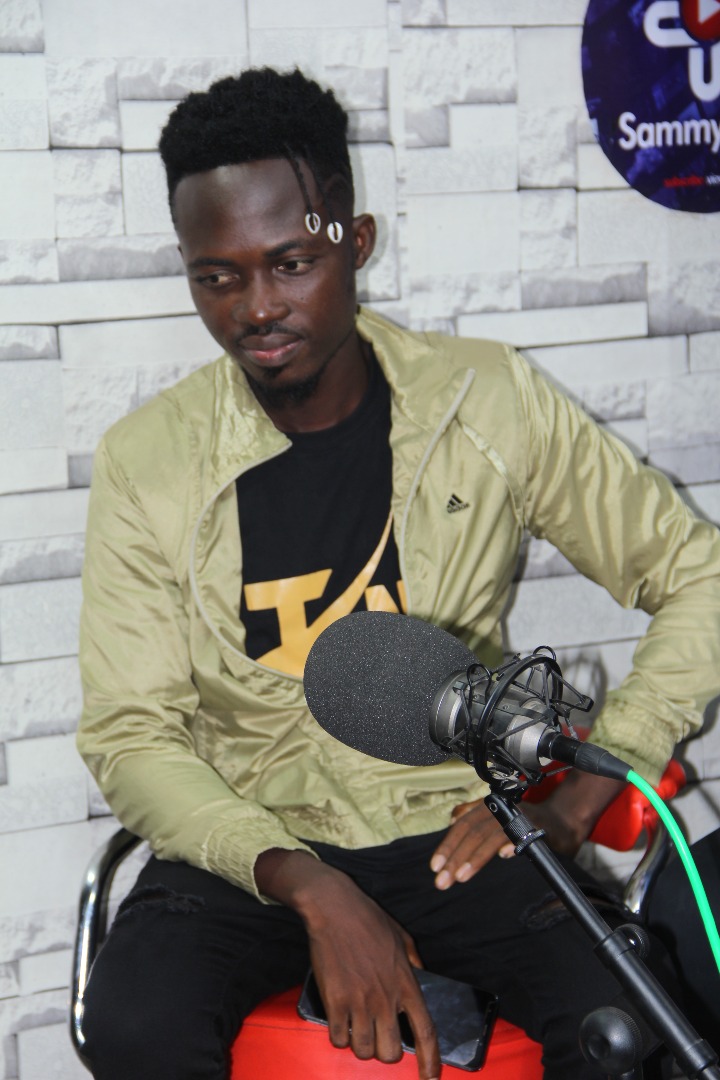 Fastest rising singer Kwame Nkansah has revealed “One Corner” hitmaker Patapaa is the reason he has delayed in blowing as an artiste in Ghana in the music industry.

The songwriter on Showbiz Daily on Sammy Flex TV on Monday told Sammy Flex that he was under the same management with Patapaa and according to management plans, he was supposed to be pushed after the former is well established in the industry but Patapaa left the manager (Godfred Bopkin) when his career reached its climax leaving the manager very disappointed.

According to him, this move by Patapaa left the manager in a difficult time and also made him lose trust in supporting his talent.

“Along the line in my coming up as an artiste, I met Godfred Bopkin Patapaa’s former manager. He was vey honest with me and decided to push me. But blowing or getting recognition as an artiste through manager Godfred Bopkin delayed and Patapaa is the reason. He was in the same camp. He was always motivating me and assuring me of a feature but anytime I record a song and sent to him, he ignores it. So later I realized he has been disloyal and betrayed Godfred because they didn’t have any contracts on paper. He later got himself a new manager and left us. Godfred really invested in Patapaa with plans of supporting me when he (Patapaa`s) career reaches its climax. So after he left, Godfred was drained and nothing was left for him to support my music. He was supposed to be introducing me during his performances but he sell-out Godfred” he disclosed.

Kwame bringing his interview to a close called on A list artistes in the country to speak to the youth to stay away from violence as we get closer to elections. “What we saw at Odododiodio over the weekend is very bad. We shouldn’t wait till things get out of hand. Shatta Wale, Sarkodie and all the big guys should be doing live videos to speak to their followers to stay away from violence. The youth shouldn’t let any greedy politician influence them to fight especially when their relatives are not on the streets to fight too. We should be focused and protect the peace we have in the country” he said.

Kwame Nkansah is best known for songs like ‘Pepeepe’, and ‘My Mind Dey’ and is currently working as an indie artist.