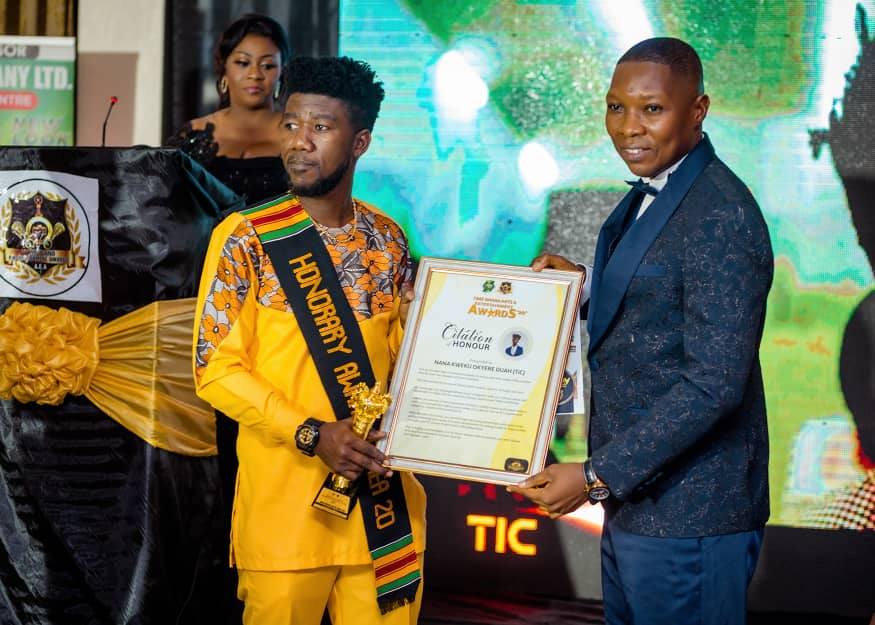 Chief Executive Officer and Chief Buildozer at Charger limited, producers of Happyman Bitters, Dr. Emmanuel Bortey Borketey had the opportunity to present some special awards to some creative arts people at the just ended Ghana Arts and Entertainment awards which took place at the Miklin Hotel on Saturday night in Accra and has further congratulated Bandex, Quophi Okyeame and Tic for paving the way.

The TGAEA 20 was the 2nd edition of the honorary award and it honoured lots of industry players who were recognized for their efforts in the arts space.

The boss of Happyman Bitters, Dr. Emmanuel Bortey Borketey took to his Facebook page to send these three a special congratulatory message on Monday.

He wrote: “I had the singular honor to present the first three awards at the just ended Ghana Arts and Entertainment awards to some prominent and key players in the industry. They have paved the way to our entertainment and arts industry over the past years. Congratulations to Tic, Bandex and Quophi Okyeame”.

Quophi Okyeame received an honorary award at the Ghana Arts and Entertainment Awards ceremony for his work in radio, television and production. Bandex and Tic received same special honorary awards for their work in their respective fields as industry players as well.