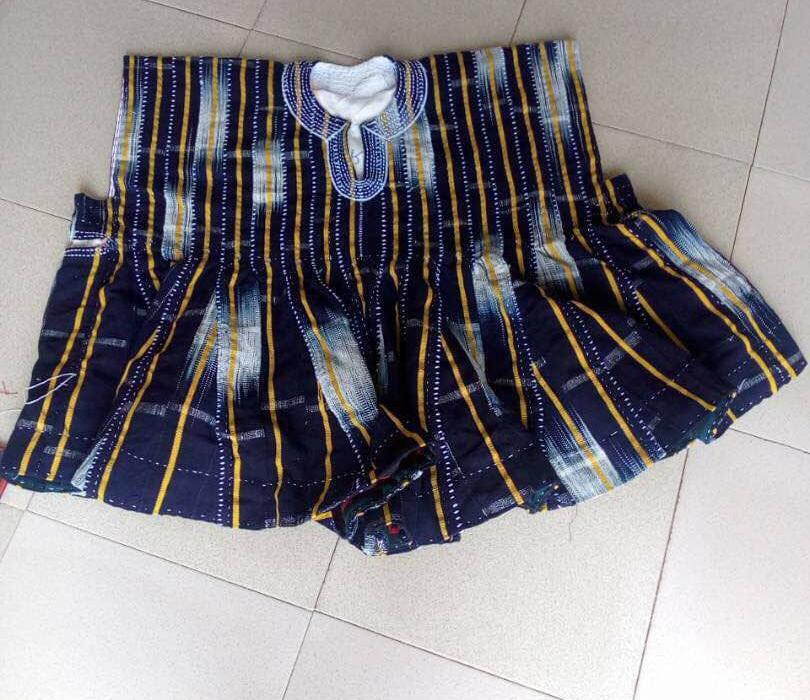 Wearing of smocks in recent times have increased as a result of the wear Ghana campaign but it looks like makers of this beautiful designs need some more support from government to make the business fly much higher. A smock is a traditional cloth worn by major ethnic groups in the northern part of Ghana. There are unique designs for each ethnic group which identifies them. Smock has gained popularity in Ghana and beyond making it a major source of livelihood for producers

Producers of smocks in Daboya in the North Gonja district of the Savannah region are appealing for government’s intervention to grow their businesses due to the increasing cost of raw materials and investment in the sector. Daboya is known as the largest and best producers of smock in the Gonja land. It is known for the quality production of what is called the Gonja smock.

A visit to the place reveals hundreds of people including children engage in the value chain of producing smock from dying, weaving, sewing and retailing. The players in Daboya claim some obstacles are increasingly making it difficult for them to upscale. One Mahama Ahmed who is a dyer told this Citi Business News reporter that the market is slow.

“Two years ago we use to sell some of these designs Ghc200 but now we sell it at Ghc150 or Ghc140 thereabout in a day” he said.

Mr. Ibrahim Abdul Raheem who is also a dyer and runs his business in the North Gonja district also told this reporter that the industry can go international with needed investment.

“It is only we those who are doing it in the small scale bussiness, we are only trying to get something into our pockets but there is no help coming from anywhere. That is another challenge we are having. So we are pleading to our district assembly, the Savannah regional as a whole to come out and help the small sactory so that we can also get a market for our small business. We don’t have a place to sell so people only roam about to sell” he said.