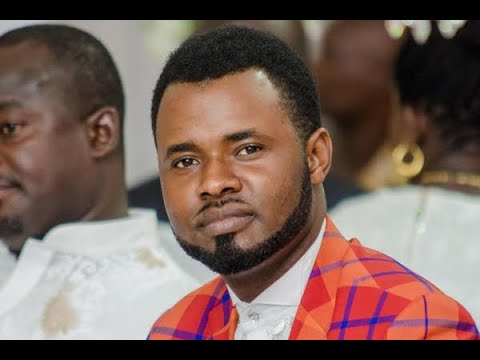 Popular Kumasi based gospel minister Ernest Opoku has refuted claims by fellow gospel musician Brother Sammy that he is his small boy and has disclosed he is not even his friend.

Speaking on Kingdom+ 101.9 FM with Fiifi Pratt, he disclosed he started music, released his first album in 2005 before Brother Sammy entered the music industry so he doesn’t understand why Sammy will be making such claims.

According to him, he sees his actions as an attention seeking person and didn’t want to give him any attention. Ernest also said he has a better singing voice than Brother Sammy, so he doesn’t come close when it comes to singing.

“I started music a very long time ago. But recently I am hearing one Brother Sammy claiming I am his small boy and all that. What? You claim I am your small boy but I started music way before you. He is not my friend like we usually meet or chat but when we meet at events we just exchange greetings. Because I am one person who doesn’t allow people get close to me like that because I have learnt lots of lessons from human beings. So he is not my friend like that. But you see, from Nyamea Wo Tease to Onyame Di Hene, God used me to uplift the face of gospel music industry in Ghana. But the thing is, the producer that produced me is the same producer that worked with Sammy after he stopped working with me and that is how come he started talking arrogantly. But when I heard that I wasn’t bothered” he said on the show.

Ernest further explained that: “I did not respond because it wasn’t important to me. What is important to me is what I do with my ministry that God has given me and not someone claiming I am his small boy and all that. It has no substance so I didn’t take it serious. Everything he said wasn’t true. I felt he was seeking to gain social media hype and I ignored it because he is my brother in ministry. So I don’t have any problem with him. I realized he was ignorant about what he was saying and didn’t know what he was doing. I didn’t know who was advising him back then but I personally ignore things like that. Things like that don’t bring salvation to people. What brings us salvation and eternal life is when my music has positive impact on people and make them change their ways of living to become followers of Christ. That is why I didn’t respond to his rants back then. I mean how can you compare yourself to someone that composes his own songs? I compose my own songs, many of them. You sing people’s songs and when it comes to talent, who has a better voice, brother Sammy doesn’t come close to me in any way. He can’t come close because I have a unique voice. I wasn’t pained at all and when I meet him I will still greet him”.