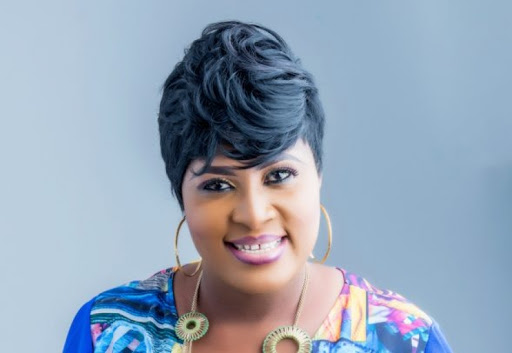 Popular gospel minister Patience Nyarko has revealed she would like to do a song with award winning dancehall King Shatta Wale when the need arises. According to her, she would want to do that to tap into his numbers and not because his songs are more anointed than her songs.

Speaking to Sammy Flex on Showbiz Daily on Wednesday night, she said she is more anointed than the SM boss because his songs can’t heal the sick like her songs can do.

“I don’t have plans for now but if I want to do a song with a secular artiste, Shatta Wale is the one I wish to work with. Because he has something that I don’t have. The way the youth follow him, I don’t know how he does that. The fans is one of the reasons and not the anointing because I am more anointed than him. Shatta Wale’s songs don’t heal the sick. It entertains, it`s normal and it is the truth. The power of God is not in his songs. His songs inspire and advice but it doesn’t heal. He is not a gospel musician and we are talking about anointing, auction of God. You know the auction to enhance God’s work. Like during worship, when you are sick, something that can break your spirit down for God’s grace, that’s not a Shatta Wale`s song. I have personally sung for someone who was suffering from fibroid to be healed before. But I don’t see or know how Shatta’s song can do that” she said on the show

She further explained: “Shatta is wise and has something I don’t have now. Look at how he writes his own songs, look at how he is followed by the youths. What’s the secret? That is what I’m looking for. So if I have to humble myself as a Christian to go learn from him, then I have to. Because I am expecting gospel musicians in these end times, to be drawing the youth closer to God. So that is my aim and reason why I would want to collaborate with him”.

Watch the video below for more from the interview.