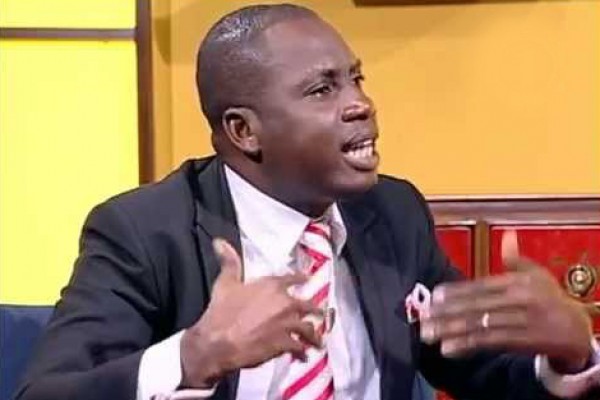 Counselor Lutterodt who appeared as a guest on Entertainment review with Kwesi Aboagye on Peace 104.3 FM over the weekend said Funny Face knows exactly what he is doing in all his issues with his baby mama. He believes it is to get some money from some big brands.

“Funny Face is doing things for a brand to call him to say stop fooling so I can give you some coins. That is what the guy got off his system and since then, it`s not been the same Funny Face we know. So that is how he started his things. So when he started his feud with Kalybos, Bismark The Joke and co I told you the guy is not just exhibiting what we call depression. The guy is doing some, bidding for somebody’s coins. Then he lost the fame we all know him to be. So anytime you meet him and want to talk to him, he gets upset so that was not depression. In this instance with the wife, every man listening to me, from myself to all of you, don’t ever offend the birth canal of a woman. Never do it. Funny Face we were all here when his ex wife came out to say all sort of things about him and because he is our own, we carried him on our shoulders. But today, the baby mama is repeating everything the ex wife said about him. Has he denied that he was so angry to the extend that he killed a dog? He killed a dog” he said.

He further added: “Read the apology he shared. Don’t you respect? That he wants his children. You are not serious. You want to give access to such a guy? I blame all those who are close to Funny Face and have refused to report him to proper treatment. If a man beats you then you go to the doctor to lie to him? Ask Ayisha Modi if you can go lie to the doctor after your man beats you that you fell from the staircase? So we are living with a guy who is fooling. He is not a fool but he is fooling. Funny Face is not a fool oo, he is fooling and we are all quiet. Like we will be sitting here and we will hear the lady is dead. Funny Face will not die. I am betting everybody Funny Face will never commit suicide. Mark my words. I am telling you. Look, Funny Face will never kill himself. Number two, the apology he shared is never an apology. As for Venassa’s father I even pity him. When father’s loose their pivotal responsibility in the lives of children, this is the end results. There are laws in this country. Let Funny Face know that whether he apologizes or not, as for the children, he will sell everything he has in this world to take care of the children. Funny Face needs proper treatment to be told in the face that these things he does will not be tolerated. Why did he not do a video to apologize but wrote a post?”