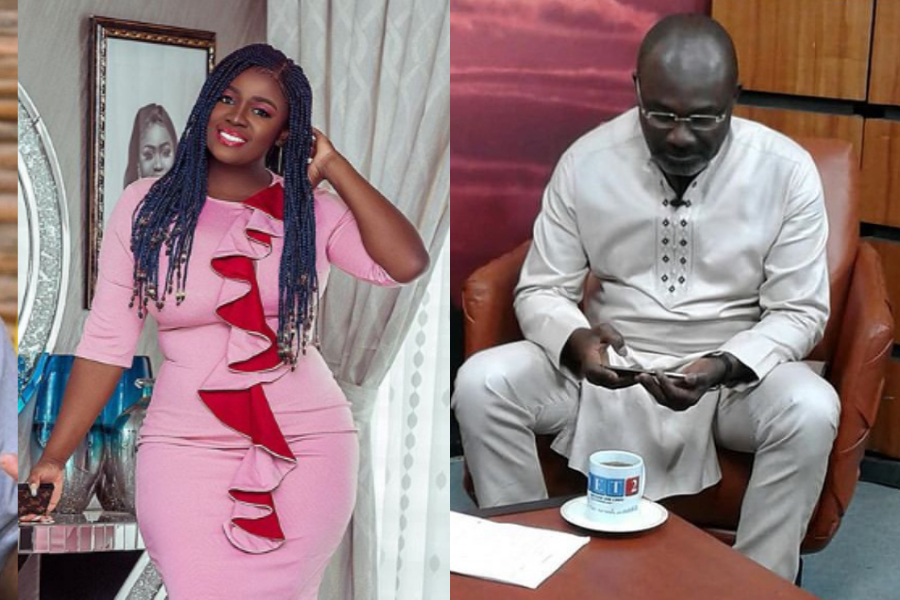 Actress and film producer Tracey Boakye has rendered an unqualified apology to Ghanaian politician and businessman who represents Assin Central in parliament for the New Patriotic Party, Hon. Kennedy Ohene Agyapong for the insults she rained on him after the former alleged that former president Mahama is cheap to be sleeping with girls like her.

Tracey’s apology comes after the member of parliament in a recent interview on Asaase Radio said he jokingly passed those comments on their campaign grounds just to make fun of her and Mahama, but the actress made a big deal out of it and came insulting him.

This has made the actress took to her IG page over the weekend to offer a heartfelt apology to Hon. Kennedy Agyapong saying she is sorry for the harsh unprinted words used and for disrespecting him.

She wrote: “JOKING??? Really??? Ok, Hon Kennedy Agyapong, I beg you not to joke with such issues again, especially during an election period, No Politician has bought any house nor cars for me, My Man is not a politician. I AM ALSO SORRY FOR THE HARSH AND DISRESPECTFUL WORDS I USED FOR YOU, you’re like a father to me, and I’m your daughter. SO SORRY, and please such jokes are too expensive. THANK YOU”.