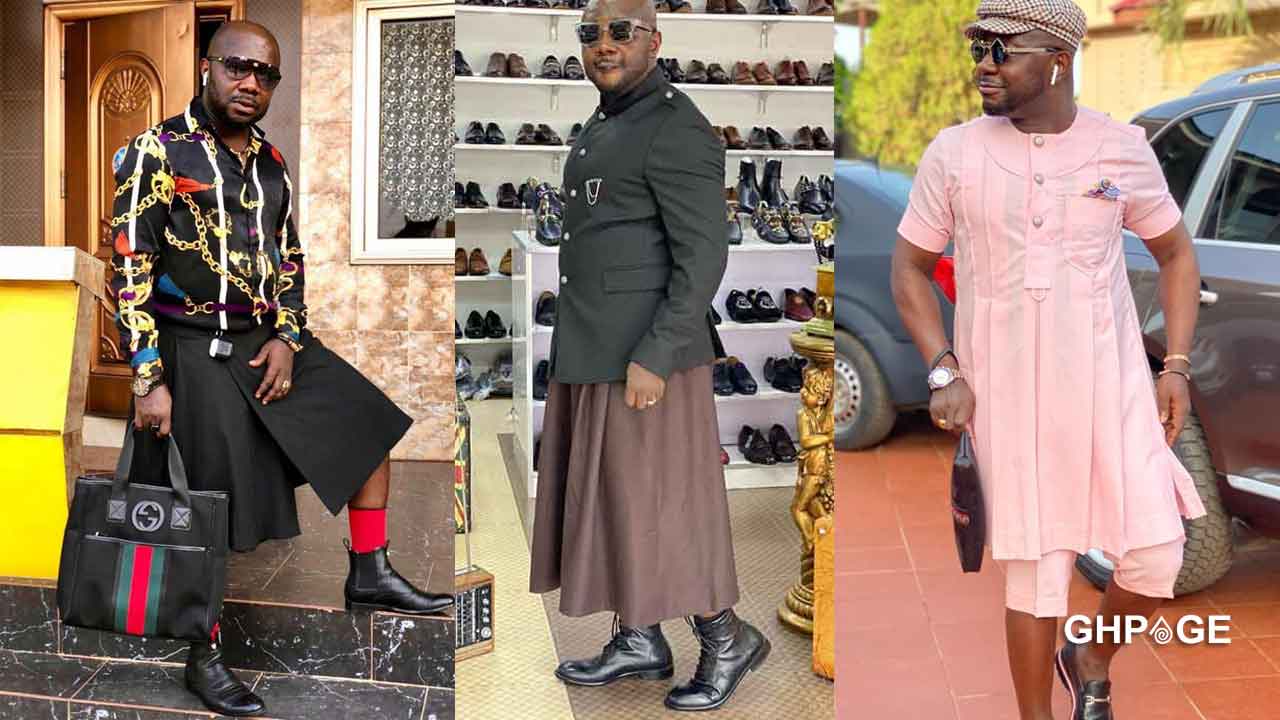 Afia Mansa Ohemaa, the ex-wife of Richard Brown, popularly known as Osebo has opened up on why she is denying the fashionista access to the children and has withheld his child visitation. Ohemaa disclosed in a recent video that Osebo’s wearing of skirt is affecting the lives of their children and exposing them to mockery.

According to Ohemaaa in a recent live video, she always prevents the kids from seeing him because he is having a bad influence on them. She indicated that she has been spending a lot of time in Kumasi and as such have the children spend time with Osebo but she had to withhold that when her son informed her that his father has promised him a skirt attire for a photoshoot.

Ohemaa also added that their daughter saw his father’s photos from the Golden Movie Awards which occurred over the weekend on Saturday, 19th December 2020, when he was in his usual skirt attire and has been crying after reading comments from social media users. She said her daughter got emotional when she read people call his father gay.

Ohemaa as a result of this said she will no longer allow the children to spend time with her ex-husband especially in her absence. She told Osebo to speak to his lawyers and meet her in court if he disagrees with her decision as a mother.