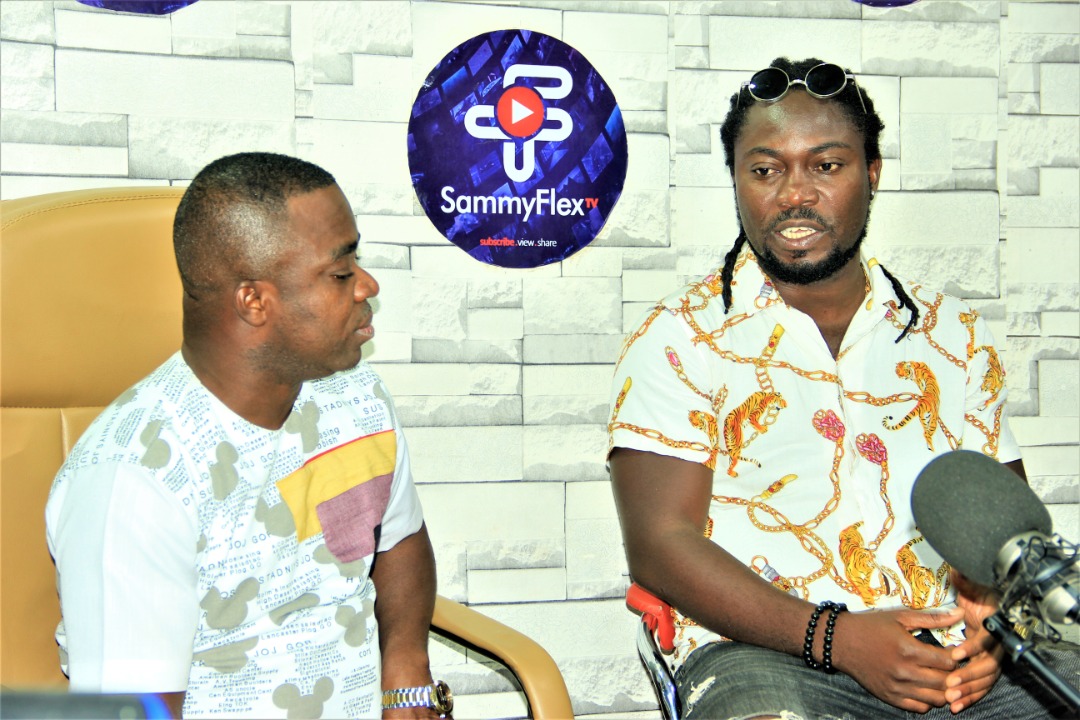 The desire to promote talents and events in the entertainment space has been burning in the life of entertainment show host Sammy Flex and he has proven that beyond all reasonable doubts since he started his Flex Newspaper in 2007. Flex newspaper was an all round showbiz newspaper that was published and circulated in Accra and other regions in Ghana. The newspaper has a new face and that is the audio visual platform called Sammy Flex TV.

After joining the radio fraternity successfully from his days at Pluzz FM and currently at Zylofon 102.1FM, Sammy Flex still continues with his promotional agenda. Not long ago, he started his online channel on Youtube and that gave birth to a live Facebook streaming show called Showbiz Daily which airs week days from 8pm – 10pm. A typical showbiz discussion platform that assembles the creme dela creme in our showbiz space as pundits. The show has hosted different artistes from all walks of life including emerging artistes and very well established artistes.

Showbiz Daily after running successfully for almost a year took a break due to the Christmas holidays leaving viewers from around the world wondering when it`s coming back onto the screens. The CEO of Sammy Flex TV Samuel Atuobi Baah aka Sammy Flex is ensuring fans that the live show resumes next month thus Monday 4th January 2020. He promises viewers of the show more excitement, educative information, fun, promotions and all the useful information one needs to know in the showbiz space in Ghana and beyond.

The time of the show remains the same from 8PM-10PM every week day except Fridays where the team goes outside the studio for the Friday Happy Hour performances. The two hour online show has sponsors like Manille Foods, Green Select Glucometer, La Moda Gh Collections, My Garage Lube Bay and Koyark Couture.

See some random photos taken from the show below.