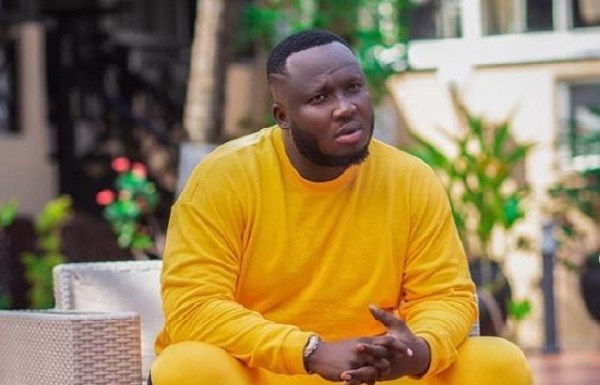 Renowned beat maker, Kaywa who is seriously in God’s business now has finally responded to apologies from his god son Yaw Berk, who for some time now has been going round in the media rendering apologies to him. Kaywa says he has forgiven him from the buttom of his heart but to work with him again will be difficult and everyone should respect that.

The two were speaking on Hitz FM when Andy Dosty used his program time for them to settle their issues once and for all. Kaywa responded to Yaw Berks apologies but turned down any opportunity to work with him again.

On August 30, 2019, Yaw Berk accused Kaywa of having bedbugs in his studio. Today, he calls into the show to apologize to his former label CEO. Yaw Berk in his apology demanded that even if Kaywa will not accept him back, he should gift him a beat but that request was turned down.

“Andy, I want to repeat myself. I have forgiven Yaw before he started, I have forgiven him after he did it. Now, I don’t want this to shift to the fact that, eerrm let’s face it. Do you honestly think that if he was doing well, he would have been going on this tangent? It will be difficult for us to go on this tangent because he is good. He has all the hits in town. And he said a couple of times that now he is successful, he is doing well. He will look for the money and when he has the money, he will come and give me money. If I care about the money, he will come and pay me off. But I kept on telling him that you are not successful because you have money or wealth, you are successful because you are able to show gratitude” he revealed.

“For instance Andy, you have never played my song and taken me money before so there is no way I will show ingratitude to you. I will always be grateful. Wherever I stand I will say it and so that is it. So if we are pushing this into the fact that he is sorry, he has to come up again. I am not comfortable about that. You understand what I’m saying? I forgive him. I totally do out of my heart. Do I want to work with him? I’m not sure about it and I think I should be respected in that area so we can move on from there” Kaywa said.