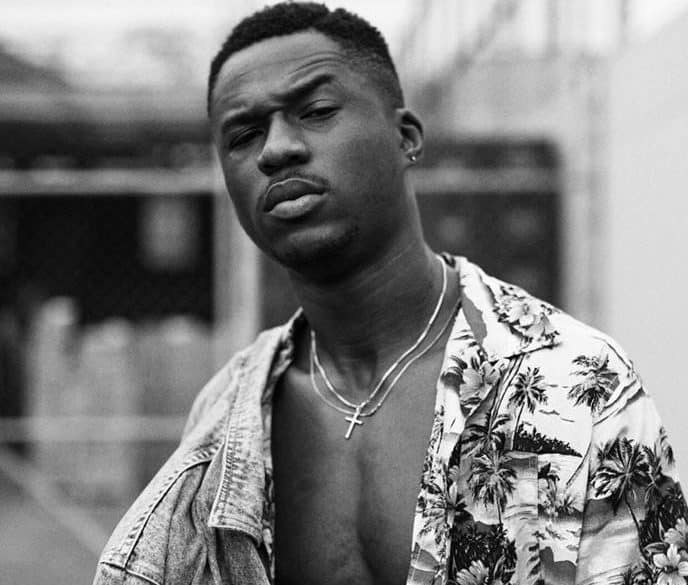 If we are all to imagine what will happen or become of us tomorrow, we might guess wrongly looking at our current situation or circumstances around us but reality is that as to what kind of world will be there tomorrow? No one knows the answer to that.

And this is exactly what got hip hop recording artiste, Joey B surprised and gave him goosebumps when he caught up with Crux Global/MOVES Recordings, No Gentlemen Allowed Music, N.G.A hip-hop artist Kofi Mole’s tomorrow.

The ‘Stables’ hit maker in an interview with actor Kweku Manu shared a touching story on how he met Kofi Mole for the first time at Kantamanto, a market area situated in the central business district of Accra, in Ghana.

He recalled how he went to buy clothes and cap from him on several occassion without thinking they will ever belong in the same circle, collaborate of a song, play shows together tomorrow.

“I received some money from a guy and went to Kantamanto to buy clothes. But there was a particular shop that I buy cap from. So one day I saw a cap in the shop that had ice cream inscribed on it. And I deceided to buy it because at that time, I had released my strawberry ginger song. So I kept going back to the shop. So one day the guy was like I know you and he told me he listens to my music. But at that time, I wasn’t established like this so I ignored him when he told me he is also a musician. At that time I couldn’t add his problems to mine because I was still rising. So I bought my things and left. One day his brother came to the shop and was like as for me I always come to their shop. So I told him a time will come I will never come there again and that was the last time I went to Kantamanto. And do you know who I was buying from? Kofi Mole. Yeah” he disclosed.

He further disclosed: “So the first time I saw him again after my last time at the shop was when he had released Mensah featuring Kwesi Arthur. So when I saw him, I was like this guy looks familiar but I ignored once again. Later I went to play a show at Accra Mall. So after my performance, his brother ran to me and said Mole wants to see me but I didn’t know he was called Mole. I was shocked. As I speak I have goosebumps all over me. He was in Kantamanto but today the story has changed”