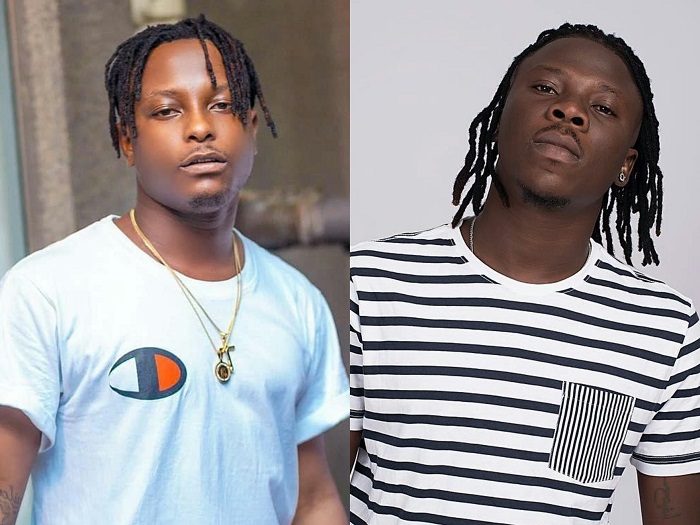 Ghanaian Afrobeat singer Kelvyn Brown, better known by his stage name Kelvyn Boy has admitted and mentioned Burniton Music boss, Livingstone Etse Satekla, known publicly as Stonebwoy as the reason he is where he is in music today.

Speaking to Quophie Okyeame on Angel Drive on Angel FM, he said the Bhim Nation boss is the one that put him on and has credited him for his contribution in his music career.

“Big up Stonebwoy Burniton. He is the one that put me up. He is the reason I am here today” he noted.

He also admitted he has forgotten his lyrics during performance many time but uses experience to entertain the crowd.

“You have to be honest, sometimes during performance you can spot something in the crowd and you forget about your lyrics. But you have to compose, smile and use experience to keep the crowd” he explained.

Kelvyn Boy also disclosed that aside him, Samini is the only artiste that comes next to him when it comes to stage performance.