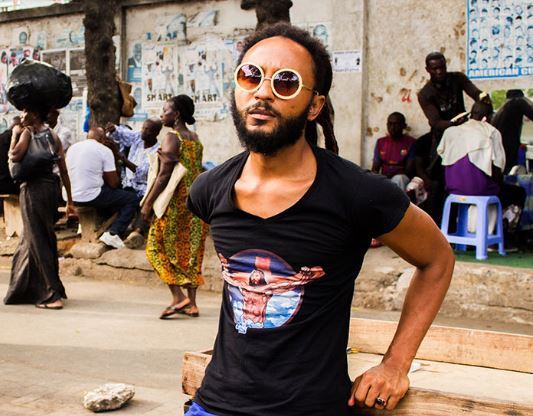 Speaking on Best Entertainment on Okay FM with host Halifax Ansah Addo, he argued that Kubolor performing and claiming to speak for them flouts the laws of the land.

“The government of Ghana should arrest Kubolor. Because at the end of the day the laws in the country are against the crime. He went to help them launch a crime. He said he went there because he was invited to come and sing. As any artiste you’ve been invited to come and perform at an event of such nature, so when armed robbers come together, when murderers come together, you can go perform there, is that what you are telling us?” he queried.

He further explained: “After they asked him on radio, I hear you went to the place, he said he speaks for them. As for nothing being wrong, I don’t care for something being wrong. But I am calling for his arrest because the law is that, that act is wrong. The people are establishing an office and you are invited for the inauguration of the office, the act of the establishment of the office is a crime”.

He emphasized: “My problem is that Wanlov Kubolor who is an instrument and connection to our lives by his music testified clearly that speaks for them as unofficial PRO. He said it. That he is speaking for them and he is speaking for them because we are marginalizing them, we don’t want them to have their freedom. So they are standing for their freedom and that is why he went to perform. And I’m saying that if police can’t find the location, they should arrest Wanlov Kubolor. If they don’t know where these gays are operating, they should get hold of Wanlov Kubolor”.