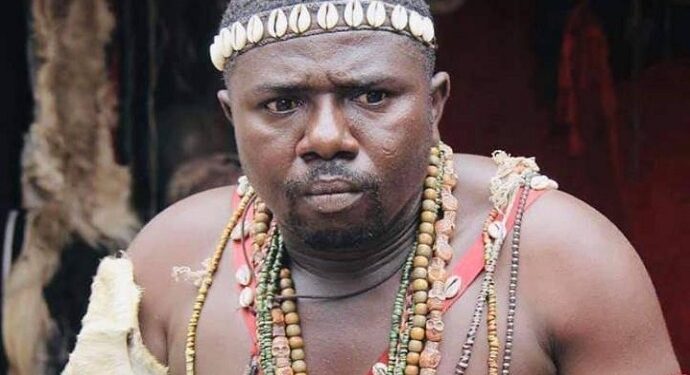 Popular Kumawood actor Collins Oteng Duah, known publicly as Okomfo Kolege has responded to claims that he ‘copied’ Mmebusem Ghana Jesus, reveals what he did was far different from what the later did.

Speaking to Halifax Ansah Addo on Best Entertainment Okay FM, he disclosed he was approached by a director to play the role for a company owner who loves his works so much.

He further explained: “So I was there and director brought me a script and asked me to play a role for him. So I asked the director why he didn’t use my other colleague because he is known for such roles. It`s a commercial job. And the director told me that the company owner prefers that I play that role because he loves my works”.

He concluded: “So I had no other choice because I am an actor. And I believe that what I did was far different from what my colleague was doing. The difference is that, my character was Guy Jesus and he was Jesus. So with Guy Jesus, you saw that my costuming and way of walking was different. And I never used his vocal tone, just that there was a little similarities in the costuming. Every other thing was different”.