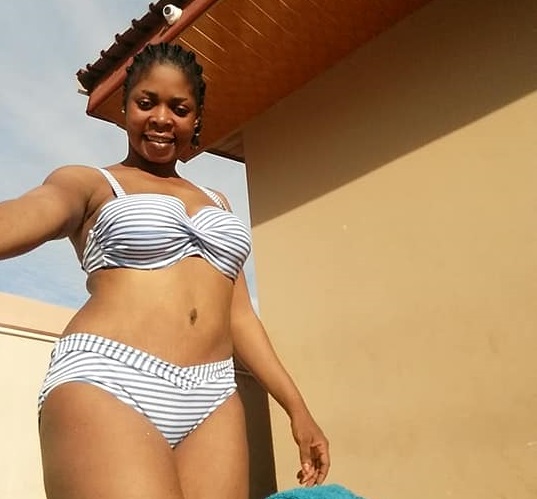 Actress and former HiV-AIDS ambassador Joyce Dzidzor Mensah has replied her critics who thought she should be rich by now because she’s dating a rich man.

According to her, people have been asking her why she’s still not rich and living in a single room upon all the rich men she’s been dating.

I don’t know why people are asking me why i was broke and living in a single room despite going out with some rich men.
Let me tell you something, Sharing a bed with a man should not automatically make you a rich girl. I live by my own philosophies.
An independent woman enjoys sex, they don’t endure sex.
When i asked for some huge sums of money from my ex boyfriend who is a politician to start a business, and he told me it was too much, I just didn’t push. I registered with uber Ghana and started driving. I always say to myself that if the preferable isn’t available, I shall make the available preferable.
Blackmailing a man for money after sex is a No no for me.
Do you know why?
Because Blackmailers have short life. As you continue to blackmail, your victim will one day get fed up and can decide to get rid of you.
Sex should be enjoyed based on mutual feelings.

Some men are not good but i must say, we women are not fair to men at all.
If men should start speaking up about how we treat them sometimes, you will understand that men are more traumatized.

My name is Joyce Mensah