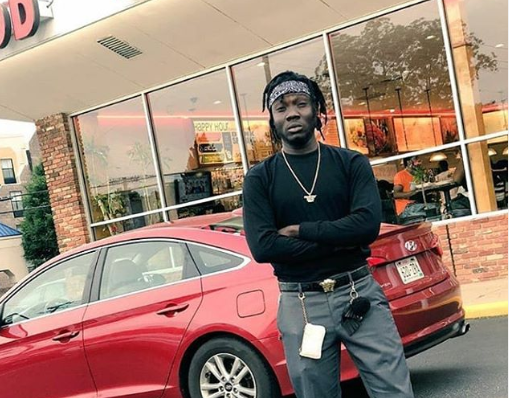 Rapper 2Hype Kaytee has called on Ghanaians to show love and appreciate popular socialite, Showboy, who has been jailed in the U.S over a case where he was accused of stabbing a friend, Junior U.S, during a fight. In a 2019 verdict, he was handed a six-year sentence.

The former AMG member who is now the boss of 2HYpe Gang is serving his jail time behind bars, however, he has found a way to sign up and coming musicians to help elevate their respective careers.

His newly signed rapper 2Hype Kaytee who currently has his single “Bayiee” making waves on the streets emphasized that Showboy is doing so much for musicians and doesn’t deserve the negative talks.

“Ghanaians should support and show love to Showboy because he’s doing great for artistes in Ghana. He has signed five artistes even in his current situation. We should appreciate his good efforts and not only call him out when we think he gets it wrong” he said in an interview with Sammy Flex.

He also indicated that though Showboy made a move to sign him, he has always wanted to work with Showboy and the TooHype Gang. According to him, though Showboy is not with them in the country, everything is working right and feels like he is here with them.

“I’ve always said that Showboy is a magician” he said laughing. 

Mentioning his top five rappers in Ghana, he mentioned himself at the number one spot, Sarkodie, M.anifest, Medikal and Showboy.