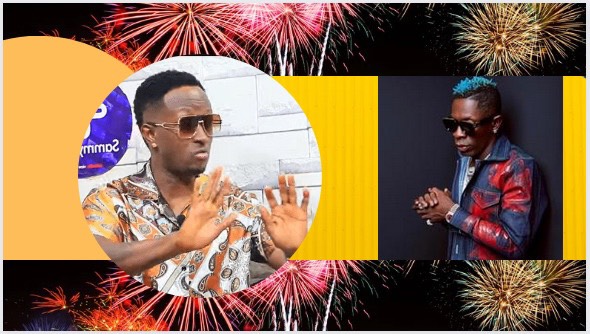 Adabraka based rapper who is popular known as Papi has revealed in an interview with Sammy Flex on the Real Talk show on Sammy Flex TV that he is highly disrespectful even more than Shatta Wale but he finds a way to hide it before some one gives him the reason to show that side of him.

In an interview to promote his new single called location featuring Highly Spiritual musicians Mr Drew & Krymi, he stated that he is now promoting himself as a new artiste in the industry who needs to lock every opportunity that comes his way. He charged on awards events organizers to do things right and eschew nepotism in the industry.

When asked why he seems to be on the low this time, he responded that he has been like this all this while and that he only acts when people misbehave towards him. “One thing many people do not know about me is that i am a cool person but very disrespectful. I am more disrespectful than Shatta Wale but i find a way to hide it until you give me a reason to show you that side of me” he added.

Papi also talked about his interest in ladies including sliding into their DM`s on social media to introduce himself to them anytime he finds it necessary. He performed the new song in the video link below but music fans can also watch the official music video for location on Youtube and stream the beautiful song with Amapiano beats on all music platforms.