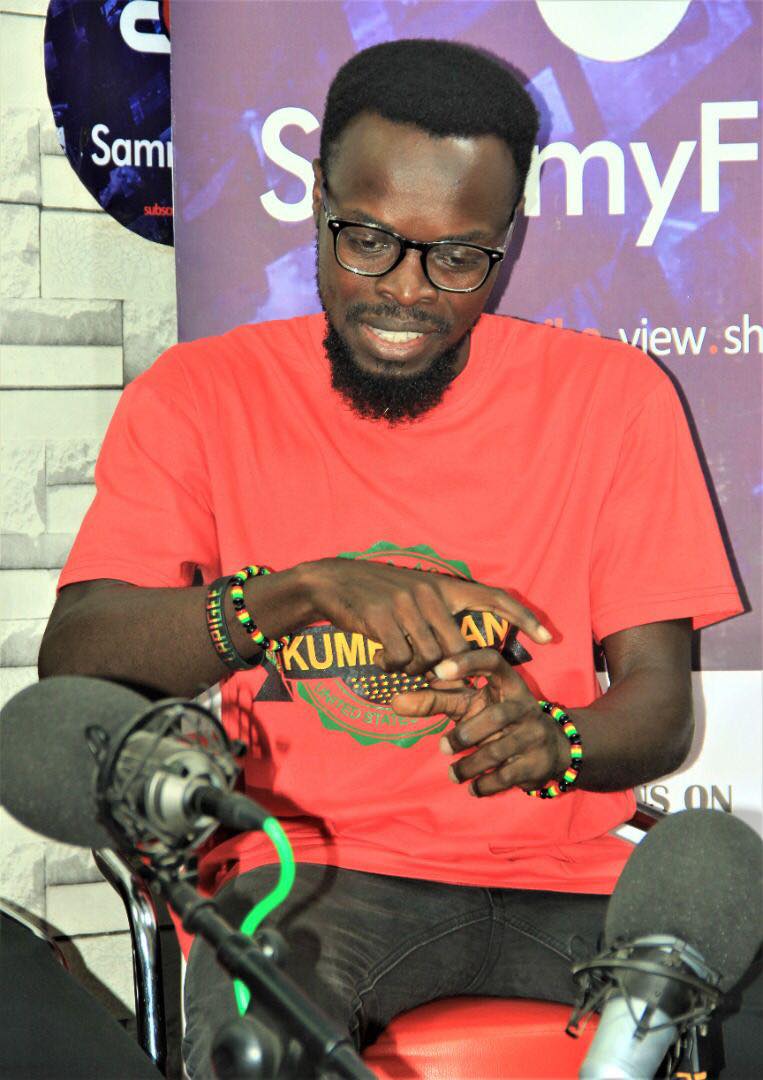 On Sammy Flex TV`s YouTube page, a new show starring the outfits long time content producer Emmanuel Ofori Lapigee popularly known as Lapigee has commenced with the producer now appearing on screens to react to lyrics by musicians which is popularly enjoyed by the populace.

Though some people call it music break downs, he calls it Lyrics Reactions and the segment seeks to bring to light and meaning of some of the coded words written by musicians in their releases.

The two editions so far looked at some of Amerado and Lyrical Joe`s diss songs where he brought out some hidden meanings to the lyrics used in these songs. Known for producing some of the hottest programmes on radio including Blakk Rasta`s The Taxi Driver show on Zylofon 102.1FM, Sammy Flex`s Showbiz Agenda & Arnold Elavanyo Mensah`s shows on Zylofon FM & Pluzz 89.9Fm and now the current producer of numerous shows on Sammy Flex TV including Showbiz Daily, Sammy Flex speaks and the editorial, he comes with a depth of experience in this field of show business and now ready for the screens.

Watch the two shows he has presented so far in the links below: