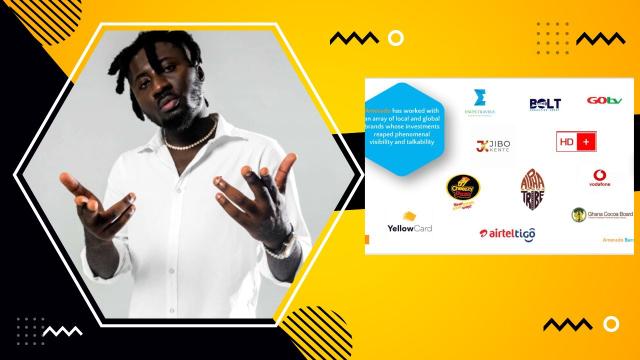 The chief executive officer (C.E.O) of Flex Entertainment Samuel Atuobi Baah aka Sammy Flex has outlined the high possibilities in Amerado starting and ending Lyrical Joe`s beef at the time many were expecting more from him.

In an interview with MC Barimah on the segment Sammy Flex speaks, he revealed the brands Amerado is influencing in his young career and added that a time comes that one would want his brand to be loud in the ears of these brands. He listed about eight brands in this video which centered on the influence of Amerado.

Sammy Flex added that Amerado also wanted the attention of the populace to release his album God Is Never Asleep (GINA) therefore he needed some hype around his brand to achieve that effect and it has worked perfectly for him.

What Amerado saw before he ended the beef finally has been captured in the video in the link below for your viewing pleasure. Watch and subscribe for more.