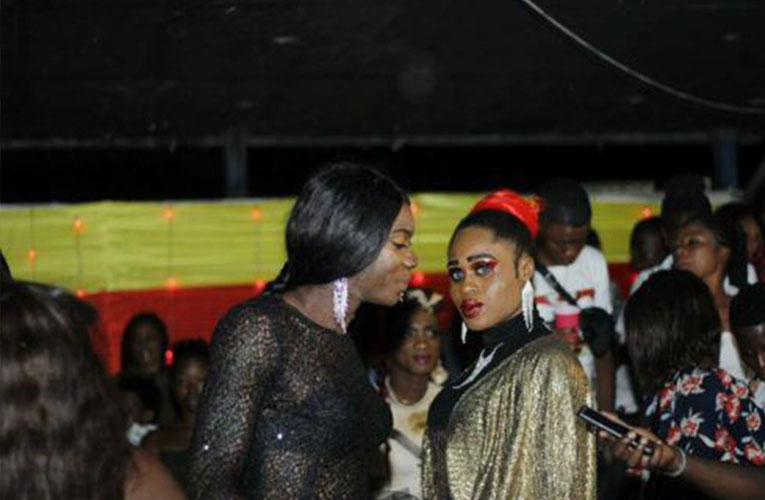 What started as a party or call it a gathering by some youthful people believed to be practicing gay in Ghana has resulted in the death of one person among the revelers when an irate community folks in Accra pounced on the party makers to the shock of all.

This incident happened on the 31st of December 2019 in Tema Community 25, a suburb in Accra when young guys believed to be gays were having a birthday party for one of their members in a secluded residence. In the middle of the party in the residence of the supposed member, information went out to the traditional leaders in the area who detest the gay act with the notion that it is a curse onto the land and it brings them the wrath of their gods that a gay group was meeting in their neighborhood. The traditional leaders therefore organized a group of young men to attack them and to shut the party down.

In the middle act of the attack, the mob succeeded in beating the gays mercilessly which led to the death of one the members whose name was readily not available at the time of filing this report. The rest who were able to escape the attacks suffered severe injuries with some admitted to the hospital for treatment. The police is yet to launch an investigation into the matter to prosecute the culprits.

Our reporters at www.sammyflextv.com are reliably informed that among the men who were beaten was the son of Dansoman Divisional Police Commander Corporal Francis Yeboah. Though the commander has not issued a statement on the said incident involving his son, rumour mill has it that he has never liked the idea that the son is practicing gay.
Meanwhile, a search for the eight people who were at the party has been initiated by the police with information to the general public to assist the police with information. Among the names that have been published for arrest include:
KOJO ANTWI
OFORI SAMSON
KINGSLEY MAWULAWOE
NII OKANI
ISAAC ODURO
RICHARD AGYEKUM
KOFI DESMOND

Reporters are following this development keenly knowing the abhorrence of gay practice in Ghana at the moment and what will eventually happen to these gay men when they are finally arrested by the community and the police in general.