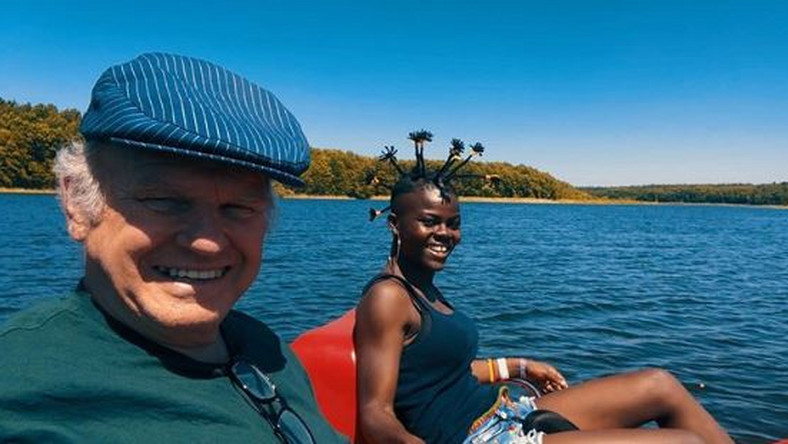 Manager of popular Ghanaian singer & songwriter Noella Wiyaala has jumped to her defense over some comments Arnold Asamoah-Baidoo made on GhanaWeb TV’s show Bloggers’ Forum posted on YouTube on Saturday July 24.

The entertainment journalist and critic Arnold, during the discussion on the show was reacting to JMJ’s assertion that the female music scene is virtually dead after the exit of Kaakie, Ebony and Mzvee. He said that for some years, Wiyaala and her management team have left the Ghanaian music space and are focusing on the international market were they get festivals and other shows to play.

This comment didn’t go down too well for the artiste and her manager. John wrote on his Facebook: “Hey guys! What’s wrong with Arnold Asamoah-Baidoo? He says on Ghanaweb TV that Wiyaala does not count in the Ghana music industry? And then he writes this! I’m confused lol!” he posted with a link of an article Arnold wrote on Wiyaala titled “NO CHALLENGER! Wiyaala Is Ghana’s Best Live Performer”.

John further explained in a comment: “I am not talking about those concerts that were organised by artists themselves. I’m referring to AfroNation and Afrochella which were promoted as representing Ghanaian culture. It’s a fact that Wiyaala was not invited and that is disgraceful if the objective was to promote Ghana. She has worked her arse off this last few years to present the positive face of Ghana on numerous international platforms. Did Ruddy or the “others” lobby for her. Did you lobby for her? If Ruddy was not at all involved in the selection of artists, then fair enough, I withdraw from naming him. But there were other others who were involved. They didn’t do well. Maybe they can make amends in future and everything will be fine”.

Musician Wiyaala in a video clip she posted on Instagram has expressed discontentment over some comments by Arnold Asamoah-Baidoo and some other critics made on some respective shows including GhanaWeb TV’s entertainment review show Bloggers’ Forum.

The singer in the video said: “This message is going to industry players especially those who do the blogging criticising or whatever. JMJ, Arnold Asamoah-Baidoo and all your whatever, if I don’t really count in this industry and I have never been counted as part of this industry, then don’t discuss me when you’re talking about showbiz in Ghana,”

Wiyaala continued: “You can’t always mention my name and turn around and say ‘shouts to Wiyaala but she doesn’t count because she and manager are just concentrating abroad doing international stuff…”

JMJ had in an interview said “During the time of Kaakie, I am sure you guys saw how active she was with her A-game and changing the scene so quickly. Same was MzVee and Ebony (of blessed memory) when they hopped on too – these 3 females directed all the traffic to their corner and gave us hits back to back nonstop“.

“We can hardly see any female in that same light as them. Shouts to Wiyaala who is doing well out there, she could be an exception but the rest are still not there yet for me” JMJ explained.