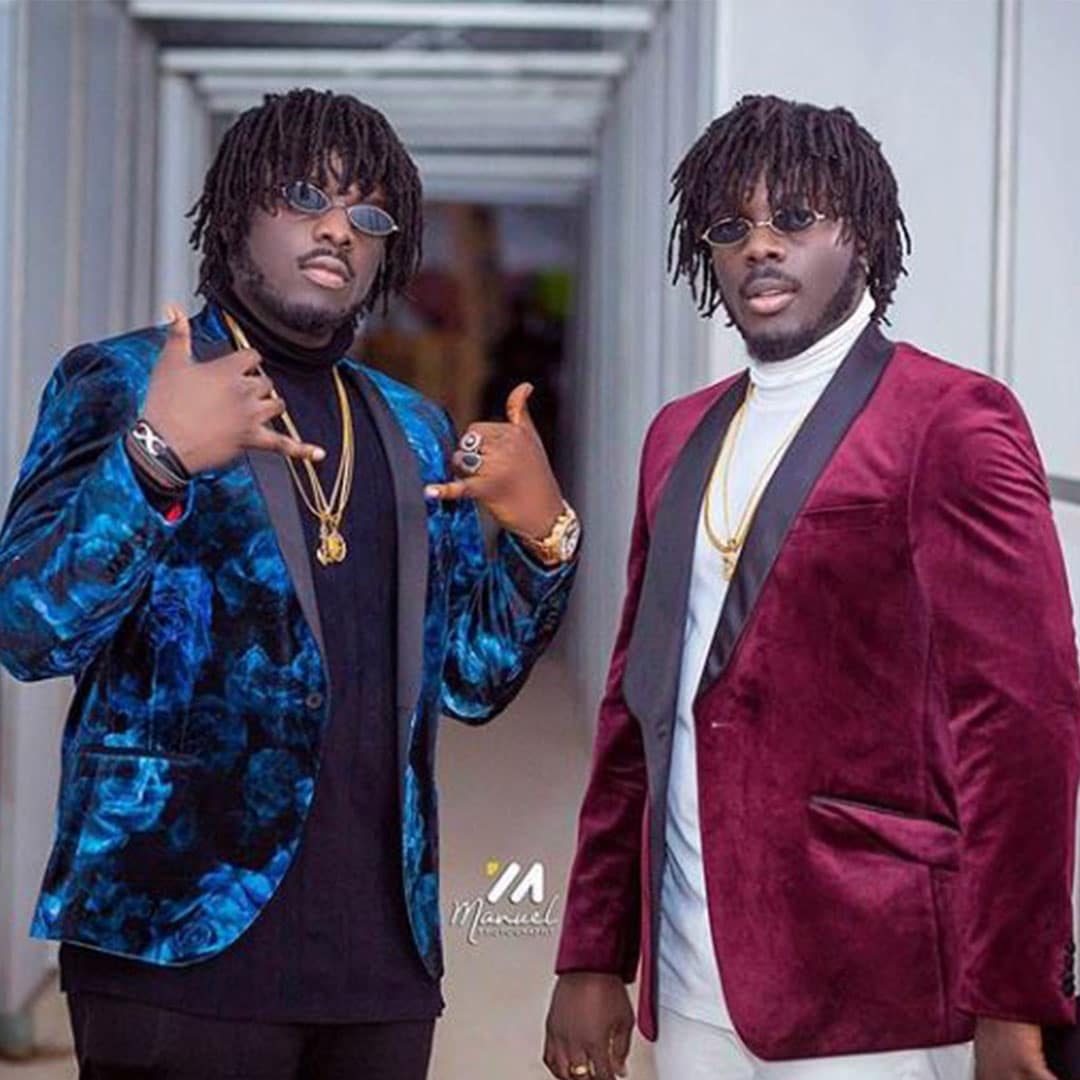 Ghanaian musical duo of identical twin brothers, Micheal Boafo popularly known as B2 and Tony Boafo, known as Twist together known in showbiz as DopeNation have responded to claims that they are emulating BBnZ rapper EL’s style. The two revealed that they are actually proud to do the same style of music with EL and won’t wait for the rapper to die before they emulate him.

“We want to say a big shout out to E.L. People don’t really know EL as we know him. EL is the type that when you ask for fish, he doesn’t only give you fish but teaches you how to fish. We’ve been listening to him from our childhood so when we came to Accra to pursue music, we decided to visit him. We gave him a beat and became acquainted with him and here we are, we are Dopenation. Someone can come out and sing like Terry Bonchaka, then you will say wow this guy reminds me of Terry. We wouldn’t want EL to die before we emulate him. His style is actually African and we are proud to do that style” DopeNation said on Showbiz Agenda on Zylofon 102.1 FM on Monday morning.

Touching on issues concerning Kuami Eugene’s comment after they left Lynx Entertainment, the duo said they were disappointed that very day they heard about it in the news but are cool now.

“Kuami Eugene responded to our new song when he sent fire emoji to us on whatsapp and we saved it. We were surprised about his excitement comment because a day before that interview, he called us to wish us well and all that. Then the next day, we heard he said that. So we were disappointed that day. Our relationship with Kuami was a cordial one. We were not really friends that shared stuff like that” they revealed.

According to DopeNation, they only signed a one year contract and it was only to partner with Lynx Entertainment to upgrade their brand and by far they had two big songs and got featured on BBC as well. “We had awards, the prestigious one we had, not trashing the other awards was Sound City Africa awards. It was big for us. Our one year stay at Lynx was exciting and wished to stay longer but it got to a point we had to continue our journey. The aim is to push Afro Beat music to the world. We decided not to renew and Lynx respected our decision.We will urge artistes to work with Lynx if they get the opportunity because it is a big deal” they said.

DopeNation added: “I feel people should rather encourage artiste who part ways with labels than asking questions of whether there was a bad blood or how they are going to survive without the old team. Releases and videos will still be with Lynx but we will be enjoying our percentages from revenues. Currently, they are independent artistes and are not on any record label. The dream is to take Afro Beats to the world.

They also disclosed that everything that happened between them and rapper Kwesi Arthur has been sorted out. “He offended us and we only wanted to send out a message but we cool now. We have not had the opportunity to meet him but from our end we cool. We like everything in the diss song to him but now we regret listening to this particular song. Right now the focus is to push Ghana music so we cool” they explained.