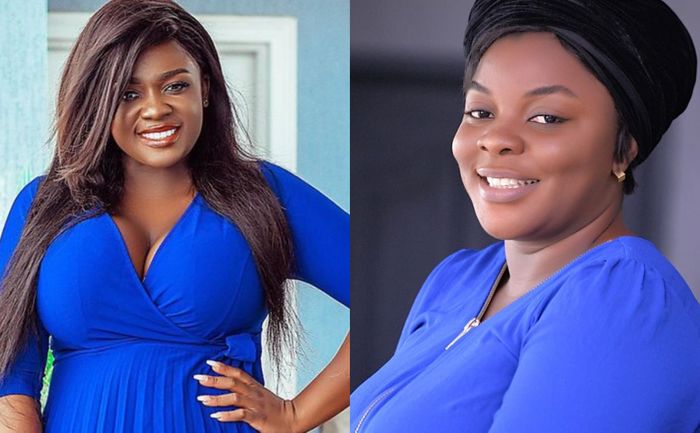 Actress and film producer Tracey Boakye seems to get her reputation and persona in the mud as her once upon a time best friend Gloria Kani, an actress now turned evangelist exposes her in a live video on Instagram over her new born child and also warns her to desist from blackmailing Ex- president Mahama.

According to her, Tracey’s self-acclaimed only sugar daddy is not responsible for the actress`s new born child and called on the man to go do Deoxyribonucleic acid (DNA). Gloria Kani has in the video said God will punish Tracey and her future generations for every pain she has caused her.

“You destroyed me to Julius Debrah and later told me it was Vivian Jill that caused my break up with Julius Debrah. You are a wicked girl” she said in the video. Gloria revealed how she led Tracey to meet Mahama during the 2016 campaign and many other damaging revelations.