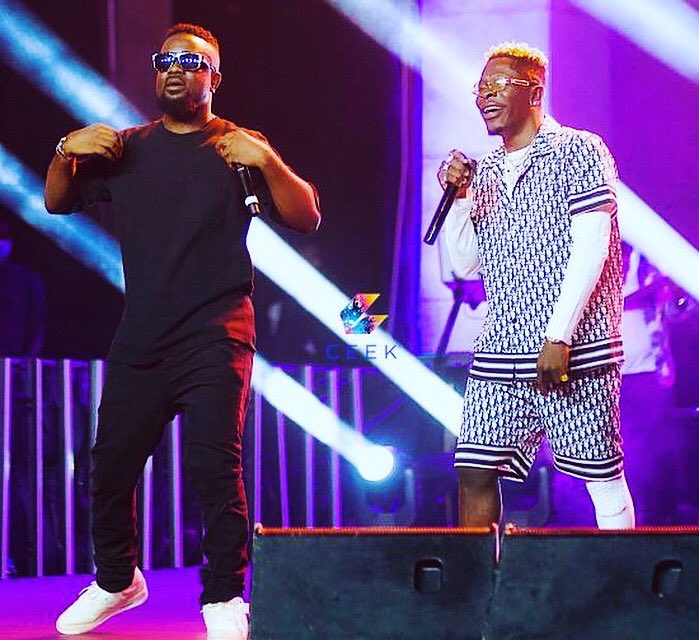 Ghana`s best rapper Michael Owusu Addo widely known as Sarkodie has given a savage reply to a fan who wants to watch Rapperolic for free this year.

Sarkodie after having a successful virtual show (Black Love Concert) yesterday 16th August, 2020 posted on Twitter today, asking how much his fans would want to pay to watch Rapperholic in December if it goes virtual as well.

As some of the fans were quoting figures like Ghc. 150 and Ghc. 400, one guy with the Twitter handle @OtumfuorNana2 replied he wants to watch it for “free”. Sarkodie also in a tweet replied “Ayoo ma te … me wie aa na wabetua Titi ne MJ fees wae, Nyame Nhyirawo”.

Some people are also arguing that because the fans watch with data which is also in a form of money, the artiste should strike a deal with the Telcos so that the artiste will get his share from the Telcos.

In all, the numbers Sarkodie showed during the Black Love Virtual Concert is a prove that given the chance, he can pull off another successful virtual concert with Rapperholic 2020.