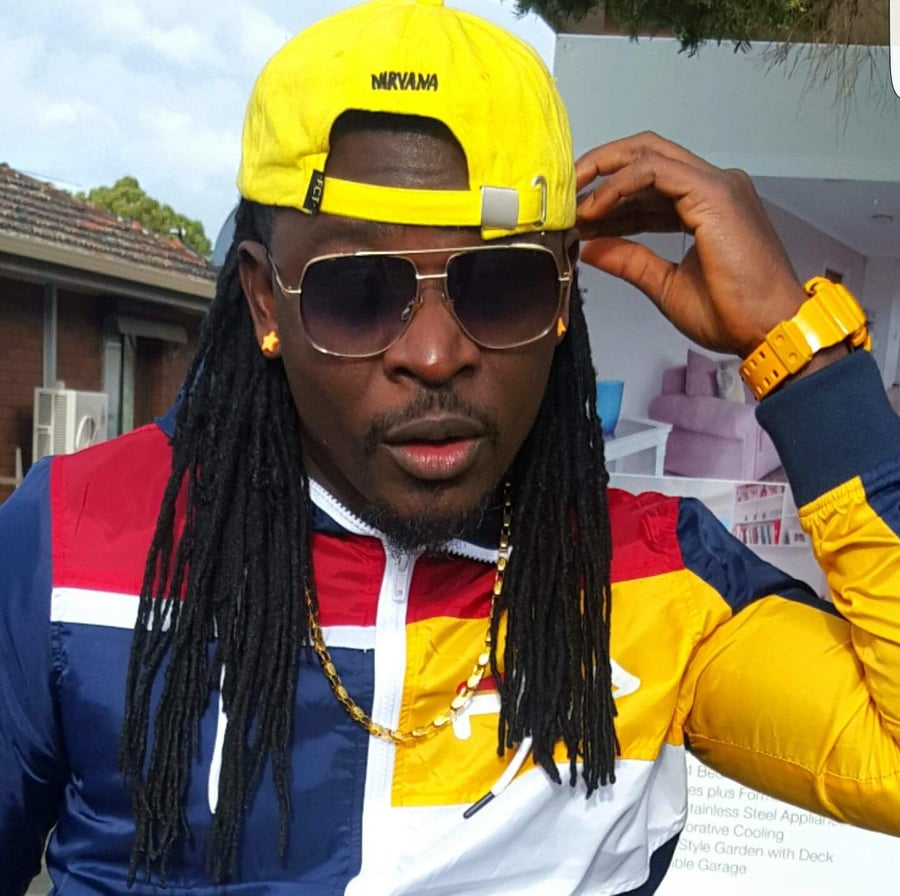 Australia based Ghanaian/Liberian Afro dancehall/reggae artiste, Rude Vandosky has released visuals for his recently dropped single “1 million Dollar”, a song produced by Fale Tonga and gone further to describe some Ghanaian dancehall artistes as “small boys” in the game.

The Australian dancehall King as he calls himself in an exclusive interview with Nana Reagan, writer for www.sammyflextv.com disclosed he is coming to Ghana to give the people a new feel of Afro dancehall music.

“Ghana’s dancehall is the best in West Africa but even that which is happening in Ghana is small. I am coming to show the people the real dancehall thing. I have respect for every artiste there, most especially Stonebwoy, Shatta Wale and Samini. These are my seniors. Shatta Wale has been my godfather for a long time. I hosted Stonebwoy and Kelvin Boy here and we had lots of fun when they visited Australia. I don’t have grudges with anybody. It`s just lyrical war. I have lots of respect for them but the rest are no threat to me at all including Jupitar and Epixode. Kaphun is a small boy. Anybody that will cross me will go down. In fact, the top 3 S are my seniors and I can’t really disrespect them but aside them, if any Ghanaian artiste disrespects me or try to stop me from ruling the street, I will knock them down” he stated.

The leader of By Force Movement (BFM) further stated that he is not scared of beef because it comes with the culture. He claimed he is a versatile artiste and can face every lyrical battle that comes his way. “I am versatile so I can face anyone. I am not scared of beef because I am a musician. If you want to stay quiet, then you better become a pastor. Beef is part of the culture and I understand it. But I don’t get personal or have personal grudges with people. It`s just lyrical war” he noted.

According to Rude, dancehall has always been part of him, something in his blood for a long time and he has the edge over lots of artistes in Ghana. “I started commercial dancheall in mainstream just three years and I have conquered Australia. Now my focus is to come to Ghana and make people feel me. I am coming to put up my own concerts in all regions of Ghana.

Born Oliver Daye, Rude is known for songs like, “Weekend”, “Turn Up”, “Mokobi”, “Black Ninja” and many others. He is currently working on his album that will by dropped by close of the year. He hinted December is his birthday and will be dropping an EP to do the announcement of his album.

Touching on whether or not he would like to work with a record label, Rude had this to share: “Right now I am an indie artiste working with my BFM team. I don’t mind working with a professional record label. Once it`s a good deal, I am good to go but for now I am doing everything on my own. When they open the borders, I am starting my Europe tour. After that I am heading straight to Africa to do more. I love good works so I put in much effort and investments. For instance, I spent $7,500 on 1 Million visuals”.

He endorsed the current Kumarican trend: “I really endorse this Kumerica trend. These are ghetto boys and they need to make money. I have been there before so if I see them breaking through like this, I become very happy. So I am happy for them and hope that they make something good out of them. I am enjoying the Kumerica guys and might feature few on my coming album”.