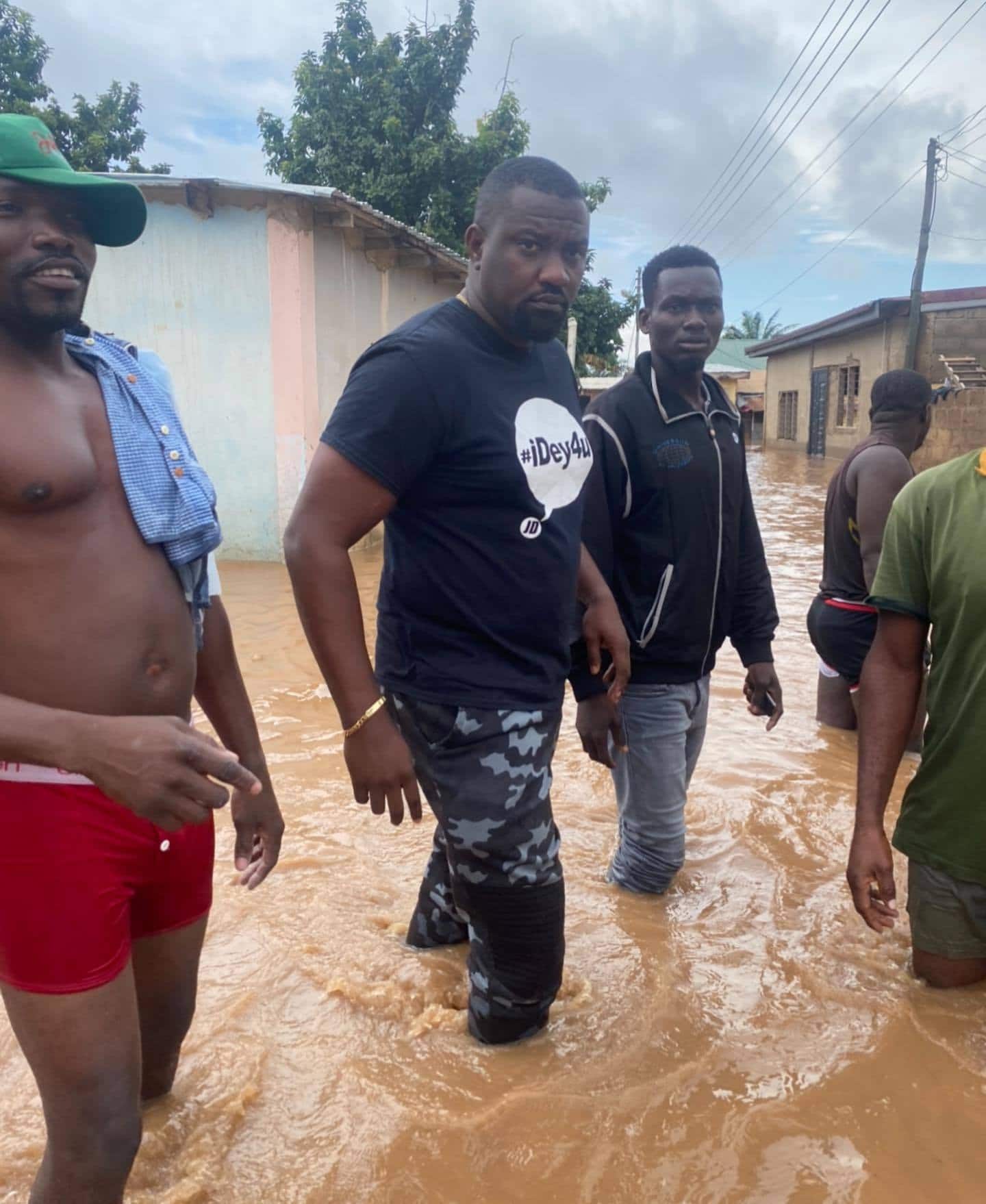 Parliamentary candidate on the ticket of the National Democratic Congress (NDC) for the Ayawaso West Wuogon Constituency, John Dumelo has jabbed a Twitter fan after the latter asked the actor turned politician to stop posting pictures of his works in the constituency and focus more on campaigning at the grassroot level since the main job to secure him victory is on the grounds and not on social media.

In some photos posted by the actor turned politician on social media, he is seen striding in the muddy waters that have displaced residents and left many stranded.

But one twitter user who is a fan of the actor thinks this act of posting pictures can’t win power for the politician come December 7.

@KingBrownChiki wrote: “Dear @johndumelo1 stop posting pics and do the grounds work… ayawaso people are not on twitter”.

Few minutes after this tweet, the actor and politician came in with a savage reply. He also queried: “The pictures I post nu, i Dey stand the air inside?”
This has caused other users to react to his reply. Read some response from other users as well:

@rozdomackoi: Masa shun that…what the guy is saying is true….social media posts doesn’t win election coz majority of Ghanaians are not on social media, ur constituency is an example, so he’s right if he says ‘stop posting pics n do the grounds work.
Sway

@saudi_prince__: If he didn’t post the pic would you’ve known ? The Majority on the grounds who ain’t on social media can’t they also see ? Argh which logic kraa this

@socialforNana: @johndumelo1 Where you went to take the pictures are not part of your Constituency. West Legon Zongo is Fuseini’s constiency. Stop the cheap attention seeking.