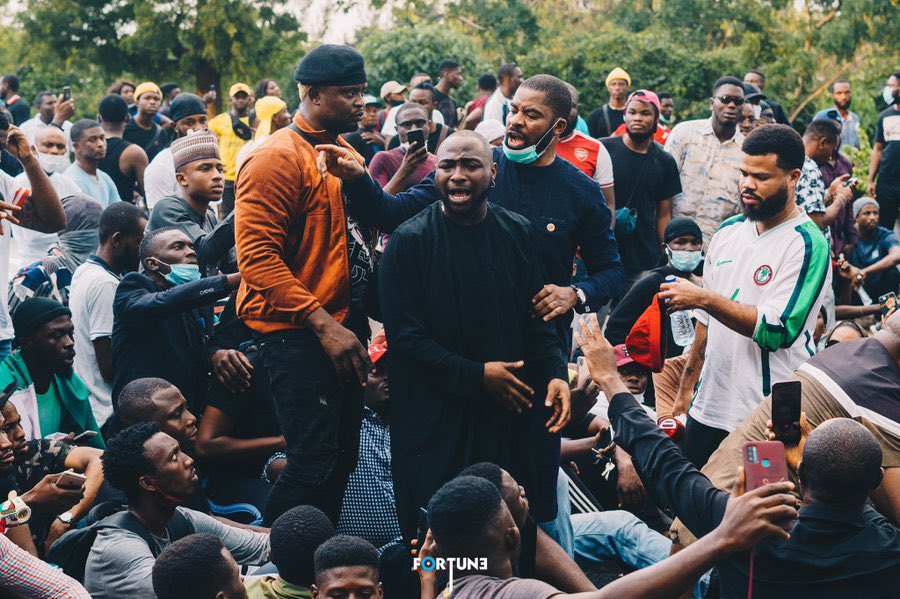 Nigerian music star Davido aka OBO took a risk by kneeling down to plead with the SARs armed men to cease fire and to release the arrested protesters.

Aisha Yesufu is also a renowned Nigerian social and political activist who was the co-convener of the of the Bring Back Our Girls (BBOG) also joined Davido as they pleaded with the Police Force.

For the past few days, Nigerians have been suffering and being harassed by a police force called SARS which means Special Anti-Robbery Squad. They are specialized in combatting crime especially robbery and cyber crimes.

It`s assumed in Nigeria that most dread locks guys are into cyber crime business (Fraud) so the SARS are on patrol in Nigeria going through phones, searching their bags and cars to make sure they are clean and that’s what triggered all these killings and attacks as the citizens fight for their freedom.

“Amidst it all. We must not forget the reasons we are protesting, we must not forget the peaceful manner of the protests and we must most certainly not back down until our demands are met! Sars ending is a great start but the task is far from complete!,” Davido tweeted as he knelt down before the police force.

Watch some photos of the scene below.