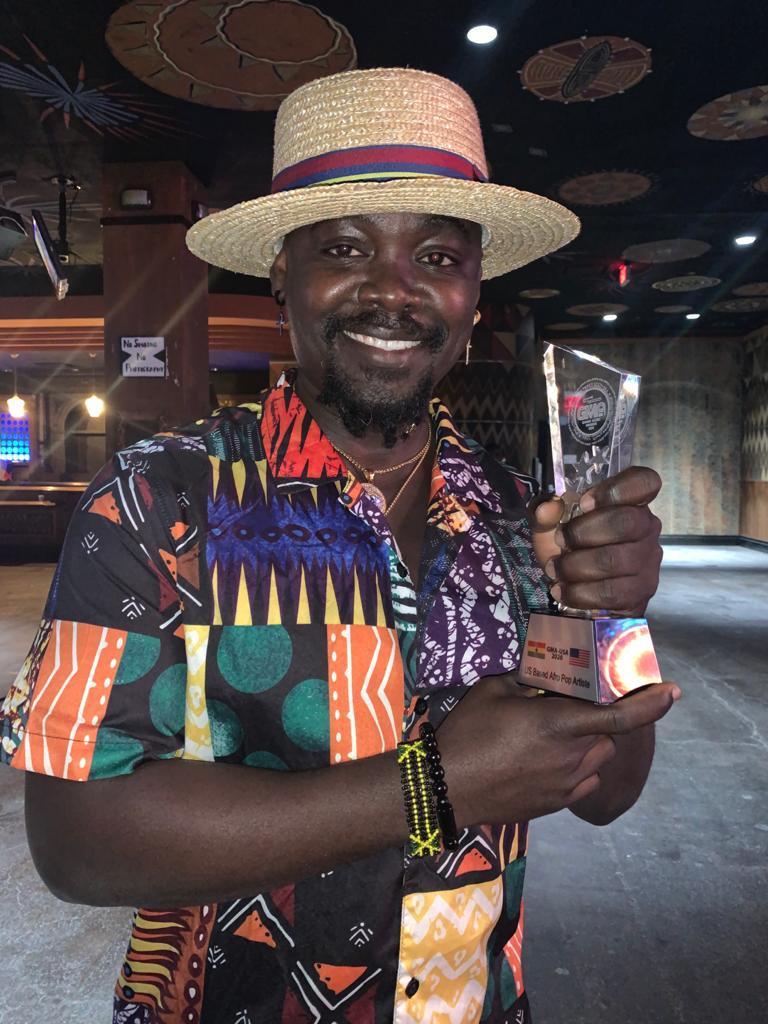 US-based Ghanaian musician Collins K. K Amponsah who goes with the stage name Kay Kay Amponsah has won the US- based Afro-pop artiste of the year in the just ended Ghana Music Awards – USA 2020.

God being so good, he was able to beat his competitors in the US- based Afropop artiste of the year. He won over the likes of 2Shy, Archipalago among others.

The “Nkwasia Nwom” singer on that night wowed the audience with his spectacular performance as they yelled for more but unfortunately time didn’t favor him.

KayKay Amponsah is about dropping a new jam titled “Nkwasia Nwom” which features Everlasting Tiki with the accompanying music video in the making.

According to him, he wants to release both the audio and the visuals at the same time to feed the eyes and ears of his fans because he cares about their happiness too.