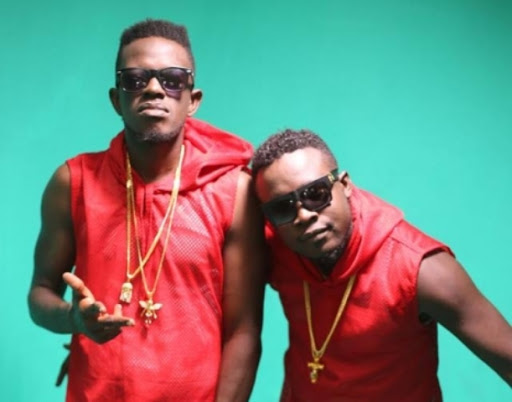 Music group Asaase Aban have revealed that they had their first ever hit song right after coming out of school “Senior High School” and were about to write their Nov-Dec exams.

On Sammy Flex TV’s Showbiz Daily with Sammy Flex, they said “at the time we were writing our SSCE, we were stars already because at that time our song “Adwoa Sokode” was every where and has become a hit single even before we sat for our Nov-Dec exams well”.

Asaase Aban further made a revelation that they became swollen headed because of the fame and the money they got in their early stages in life adding that family and friends were watching them on TV and performing at their weddings and more made them felt like they were big boys already. “Family treated us good as well” they added.

In others news, they opened up on some mistakes they did when they were in their prime in the music industry. To them, they couldn’t make good use of the money they got from their songs and the shows they played because they thought they will be with their record label for long so they were just squandering their income, but unfortunately for them, the label left them unexpected so couldn’t save anything for themselves.

Click the link below to watch the full interview here.