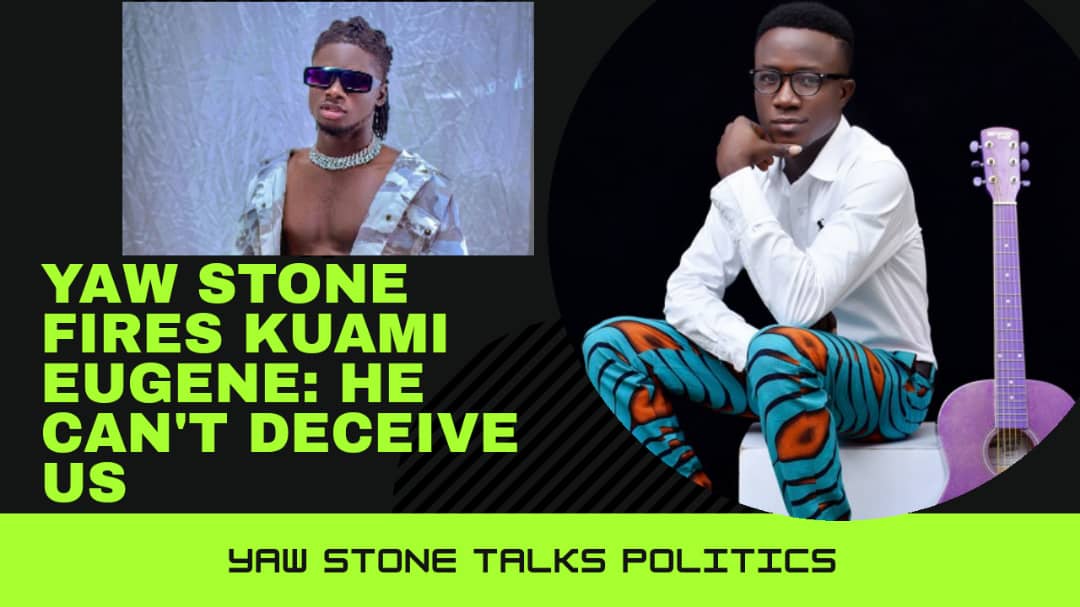 Yaw Stone has shared a rare experience of an artiste who is scared to have an attachment with politics on Showbiz Daily live on Sammy Flex TV. He spoke in relation to the on going confusion between Sarkodie and Kuami Eugene over their Happy Day song where Kuami Eugene is accusing Sarkodie for using a political line to the detriment of his career.

Yaw Stone thinks Kuami Eugene is pulling a media stunt on music followers by ranting the way he is doing and that he knew about the intention of the song before its release.

“If Kuami Eugene says he did not know about the song, i can honestly tell you it`s a complete lie. He is just making noise for more people to know about the song and for him to get the recognition of his inclusion on the song. Politics is something i will not like to involve myself in because it can be detrimental to the career of young artistes like mine” he revealed.

There were further discussions on why he thinks Kuami Eugene is endangering his career. He also spoke about his own career as well as a wonderful performance he put up during the interview where he performed his latest single titled Chaskele. You can watch the full interview below and subscribe to the channel for more.