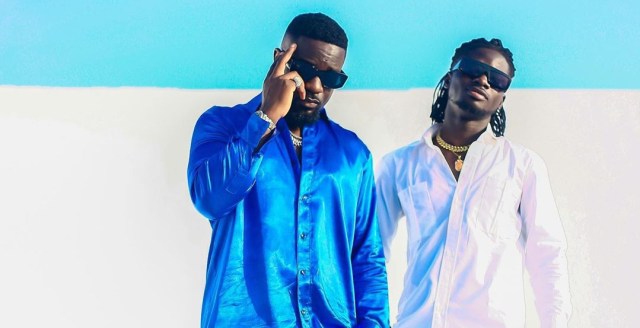 Lynx Entertainment signee, Rockstar Kuami Eugene has finally reacted to Sarkodie’s endorsement brouhaha saying if he claims he did not hear Sark’s verse before his last chorus, then he is a liar.

Speaking to Abeiku Santana on Okay 101.7 FM’s flagship program Ekwanso Dwoodwoo, he said he has little to say since Sarkodie has not confirmed the rumours of taking money for endorsement. According to him, he only did his part as a feaured young artiste and wants to respect what Sarkodie says in this whole thing.

“Sarkodie has not confirmed anything. He came out to clarify issues on twitter and I want to respect that. Somebody only asked me in an interview that supposedly if Sarkodie has taken money and featured me on the song what will I have done? And I said then he will be owing me some money. At the end of the day, as I keep saying I want to focus on the fact that I did a very good favor to a senior man, a senior colleague in the game. Just that few issues came about after the release of the song and the one that owns the craft has come out to clarify the issue. So that is why I am not bitter about this whole thing. I am not bitter because he has clarified it and since it is his work, there is little I can say about it” he explained.

Kuami further added: “Before God and man, if I tell you I did not hear that line in the song then I’m being a liar. I heard it. Okay I did not hear the one at the end but I heard the one that comes before my verse. But then again, this whole process has been a management to a management agreement. So Sarkodie’s management sends a song to my management, we recorded the song. Later we go on set and realize there’s a another verse, I have to come back to my management and confront them about it. So they not been so quick to judge, I just had to wait and respect Sark while he puts the song out and do the right thing at the right time. So he released the song and there are issues, he has come back to clarify it so then again there is little we can do about it”