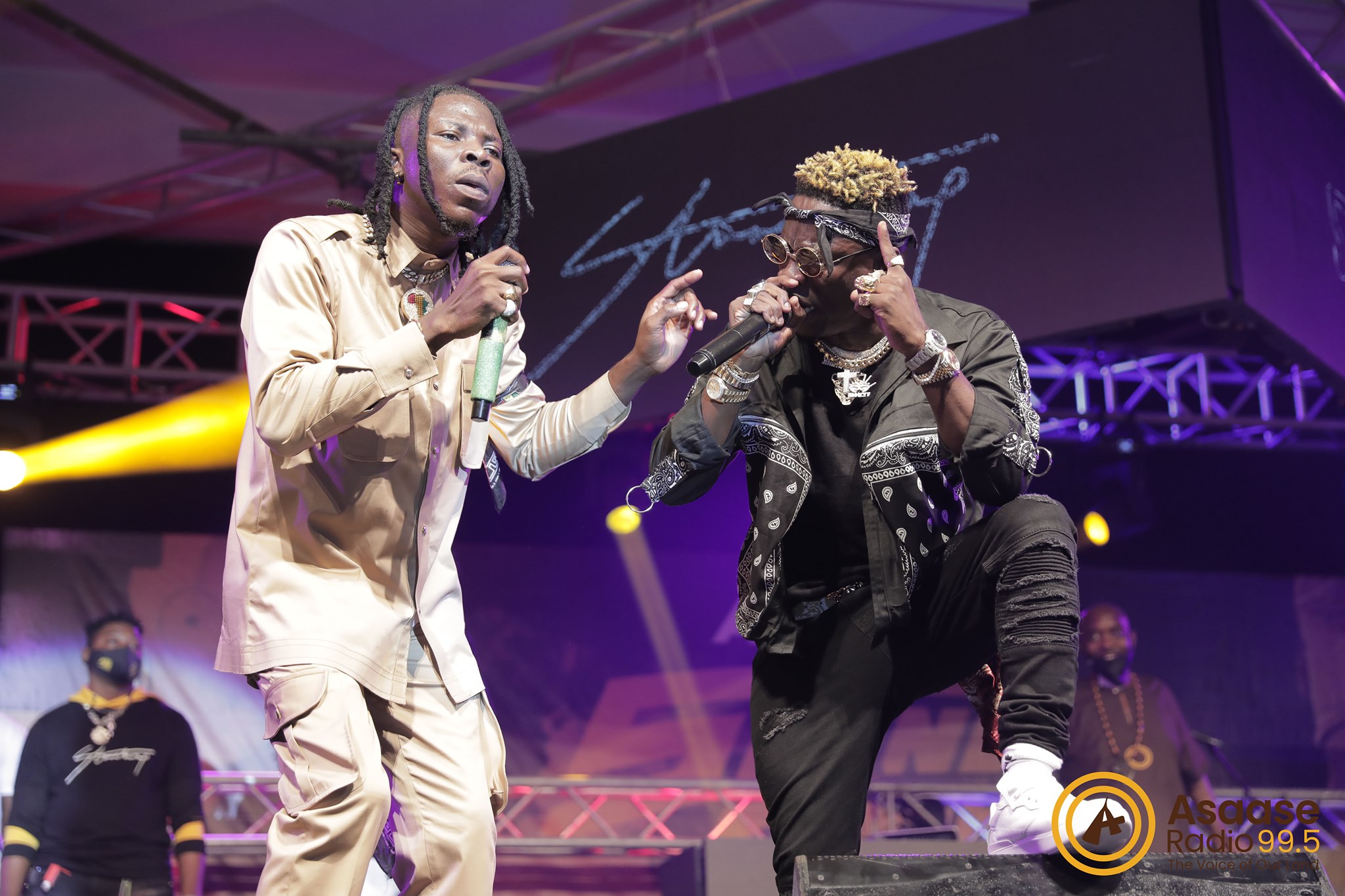 It looks like the Asaase Sound Clash between the two reggae/dancehall giants in the country brought negative results than people earlier perceived or expected. Some Ghanaian music lovers in the beginning of this campaign believed that it will bring more unity between the two artistes but it doesn’t look like that is ever going to happen judging from some revelations from Shatta Wale in a recent interview with actor and Youtuber Kwaku Manu.

According to him, he spoke to Stonebwoy before they came up with the clash. He said it was an idea he sold to him so they could make some money together in this COVID-19 days.

“I spoke to him and we agreed to do this. Basically he cannot give me that approach. Yeah, so I approached and told him that Corona is here and we can’t play shows so we need to come up with something that we can cash in on it. And is business. Look at how we did the clash. It was beautiful. But after the clash he has caught feelings but I am not. He is not answering my phone calls after the clash. You see, there are some people in this world that love beef and I love people like that. He knows my personal number but when I call him, he doesn’t answer the phone. We did a clash, we have done stuffs and you think he doesn’t know my number? He does. He knows my personal number” he explained.

Shatta further stated: “But why would I lie? I can’t accuse him falsely. I think he wanted to win the clash. But it was my fan that won the car through voting and he got pissed. No, but why will you get angry over this? We did this thing beautifully and should have been in Italy catching fish in our next trip. It is beautiful like that. But unfortunately in our industry there is no unity”